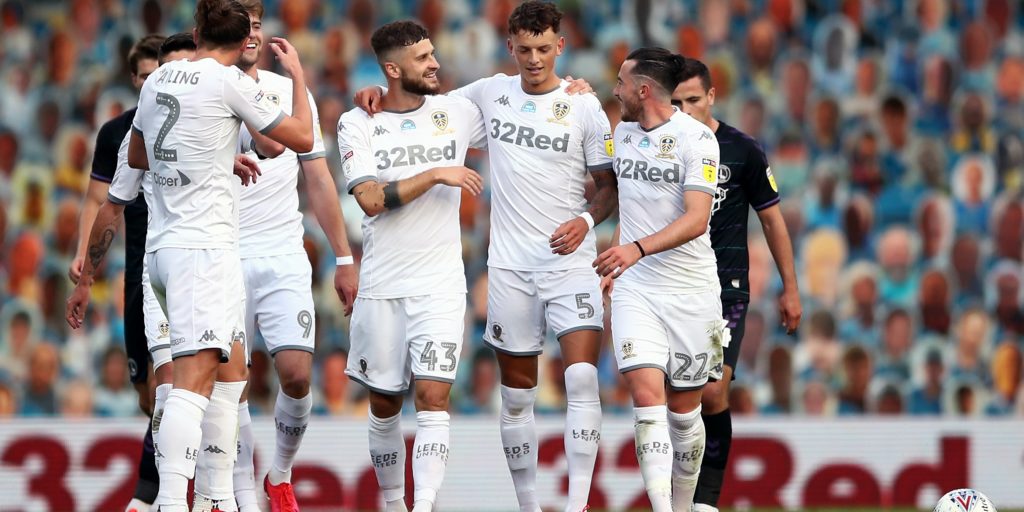 Graham Potter expects Ben White to develop into a “top player” and is convinced the defender is ready to make the step up to the Premier League at Brighton.

Centre-back White lifted the Sky Bet Championship title with Leeds on Wednesday evening having capped a standout season-long loan move with a superb opening goal in a 4-0 win over Charlton.

Fans of the promoted West Yorkshire club are eager for the ever-present 22-year-old to be recruited on a permanent deal.

But Albion boss Potter once again played down transfer talk and is excited about White’s potential ahead of integrating him into his first-team squad at the Amex Stadium.

Asked if White is ready for top-flight action, Potter replied: “Absolutely, 100 per cent.”

He continued: “He’s our player, he’s got a long contract with us. I have known Ben for a while, I have been aware of him, wanted to try and sign him when we were at Swansea.

“I know about his qualities. He’s a fantastic player. He’s done brilliantly at Leeds and helped them get promotion – that’s fantastic for them, fantastic for him – but he’s our player and we’re looking forward to working with him.

“He complements us really well. He’s got attributes that are really, really useful and he’s going to be a top player.”

While Leeds were lifting the Championship trophy at Elland Road, Potter’s former club Swansea remarkably sneaked into the play-offs.

The Swans produced a six-goal swing in goal difference to overhaul Nottingham Forest and face a two-legged tie with Brentford for a place at Wembley.

Potter, who had steadfastly refused to toast Albion’s Premier League survival before it was guaranteed following Monday evening’s draw with Newcastle, believes the drama in the division below shows the importance of not taking anything for granted and hopes to be facing Swansea next term.

“It just goes to show, until you are mathematically secure, you’ve just got to keep going.

“Unbelievable drama and of course I am really, really happy for my ex-club, fantastic that they are in the play-offs and I wish them well.

“I had a fantastic year there: great people, great lads, wonderful club. I will be rooting for them in the play-offs, for sure.”

The 18-year-old midfielder featured in four first-team games for the Latics, who have been relegated to League One subject to a successful appeal against the 12-point penalty applied for entering administration.

“We need to give him the right environment here, support him, and hopefully he can make the most out of the potential he has.”

Meanwhile, Potter remained tight-lipped on speculation linking the Seagulls with a move for Arsenal’s Ainsley Maitland-Niles.

“I don’t speak about anybody who is not a Brighton player,” he said.