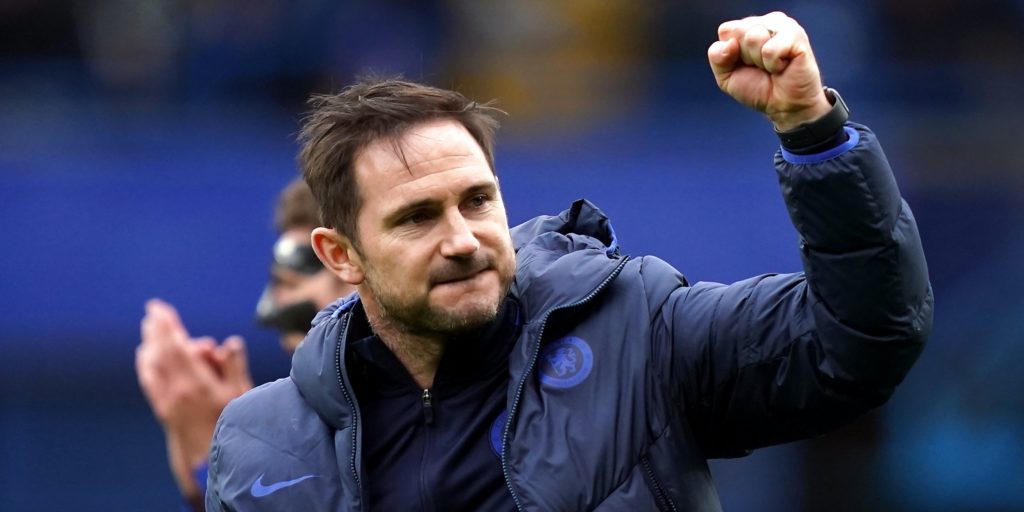 The Blues still need a point.

Chelsea manager Frank Lampard has every faith his players can get their bid for Champions League qualification over the line.

A 5-3 defeat to Liverpool at the newly-crowned Premier League champions’ trophy party at Anfield meant Lampard’s side missed the chance to secure the one point needed to guarantee a top-four spot.

That must now be achieved at home to Europa League-chasing Wolves on Sunday, but the former England midfielder does not believe they should allow themselves to be daunted by the challenge.

“I have seen a lot in the last two games, particularly with Manchester United (the FA Cup semi-final win) and then with Liverpool, of what we are about,” he said.

“There has been spirit and character in those two performances and we have to carry it on for one more game in the league.

‘Since restart there was a feeling it could go this far. I felt we maybe could get over the line before the (Liverpool) game because we played so well against Manchester United.

“What is absolutely important is the players focus on themselves because it is in our own hands, and that is the job I’ll do because we can’t affect what is going on elsewhere.

“We have to try to get over the line. We have character in the group, we have quality and we have a good opponent coming and it is on us now.”

Chelsea’s goalkeeper Kepa Arrizabalaga has come in for criticism this season, particularly in the last few games, and Lampard found himself being asked about the 25-year-old’s performance at Anfield.

“I will not talk about individuals in a game where we have conceded those goals. Some were real quality Liverpool finishes, particularly the (Trent Alexander-Arnold) free-kick.

“There were some collective and individual errors for the goals. We know if we make mistakes like that against a team of the quality of Liverpool then this is what can happen.

“But there were a lot of good things in the game so I certainly don’t want to get into individual conversations about players because we have two big domestic games to play and it is important we go in together, as players, fans, everybody trying to finish the season how we want.”