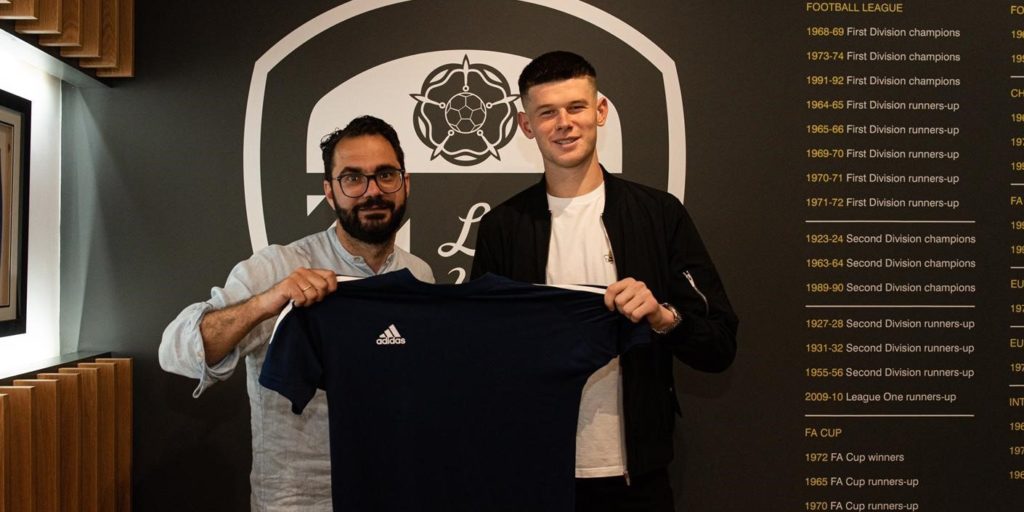 The goalkeeper helped the Yorkshire club secure the Championship trophy during a season on loan.

Leeds have completed the permanent signing of goalkeeper Illan Meslier.

The 20-year-old Frenchman has signed a three-year contract after joining Leeds last summer on a season-long loan from Lorient.

Meslier, who has started in nine of Leeds’ last 10 matches as they sealed the Sky Bet Championship title, said his new deal had capped an “unbelievable” week.

“It’s a fantastic week,” he said. “We are champions, we are in the Premier League. It’s unbelievable.

“It’s unbelievable for the club, for the city, the supporters. It’s amazing. We are happy to get promoted to the Premier League.”

Meslier made his league debut for Leeds in a 4-0 win at Hull in February, but had been understudy to Kiko Casilla for most of this season.

Casilla was given an eight-match ban and fined GBP 60,000 in February after being found guilty of racially abusing Charlton’s Jonathan Leko, a charge the Spaniard denied, and Meslier seized his chance.

He has kept seven clean sheets in 10 Championship appearances as Leeds held their nerve to clinch automatic promotion.

“The next year we play against the best players in the world, the best teams maybe, in the best league in the world. I can’t wait to play,” Meslier said.

Leeds are back in the Premier League for the first time in 16 years and Meslier added: “I’m happy because 16 years is a very long time.

“Now we can come back again. It’s perfect for the team and the city.”