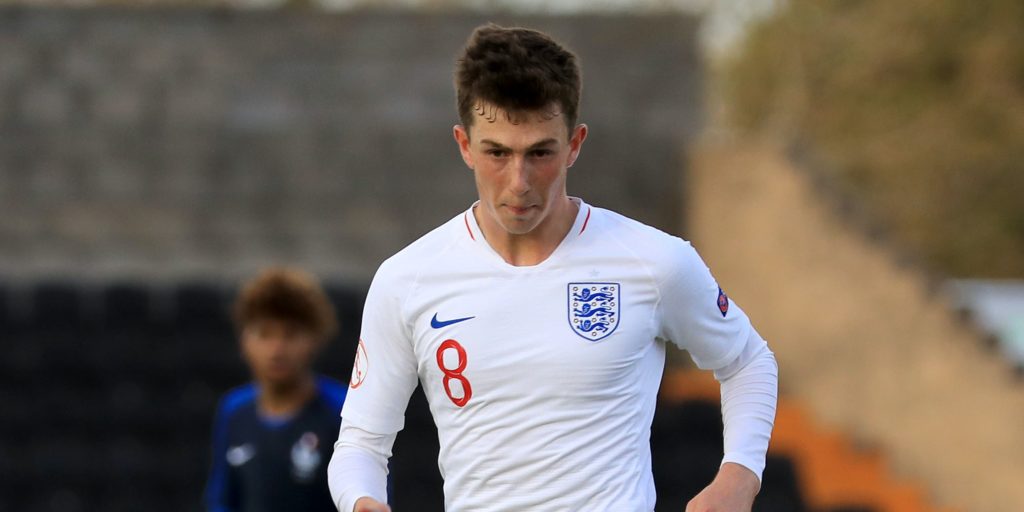 The 18-year-old midfielder featured in four first-team games for the club.

Wigan have confirmed the sale of academy graduate Jensen Weir to Brighton as the club seeks to raise much-needed funds after being placed in administration.

The 18-year-old midfielder featured in four first-team games for the club, who have been relegated to League One subject to a successful appeal against the 12-point penalty applied for entering administration.

Administrator Gerald Krasner said on Wednesday a player sale had been completed and was close to being announced, and that the money raised will mean staff can be paid in full for June.

“On and off the field, Jensen has been an outstanding academy graduate throughout his time at Wigan Athletic,” Wigan academy manager Gregor Rioch said.

“From being the club’s youngest ever first-team player at just 15 years of age to captaining his country at youth level, he has shown outstanding promise to reach the very top level. Jensen has become a great leader and role model for other academy players to follow.

“Whilst we are going through the most difficult period of the club’s history, it is well documented that the sale of Jensen will allow us time to hopefully build a new future.

“With this in mind, Jensen won’t necessarily be remembered by our supporters for his few appearances on the pitch but for a vital moment towards the club’s survival.”

The club are pressing ahead with an appeal against the 12-point penalty, with the hearing to be held on July 31. They are doing so even though they will bear the legal costs of both sides, win or lose, which Krasner said could be as high as GBP 500,000.

Administrators announced on Wednesday that a preferred bidder had been identified to take over the club.

The bidder must confirm by noon on Thursday that the funds for the acquisition are being held by their lawyers, and also provide a GBP 100,000 bond which will be kept by the administrators to cover legal costs if the bidder withdraws.

If those criteria are met, contracts would be exchanged on July 31 with the deal then subject to the bidder passing the English Football League’s owners’ and directors’ test.

It was announced that the club had been placed in administration on July 1, less than a month after a change of ownership.

Next Leader Fund took control of the club in June, replacing the International Entertainment Corporation which had been owners since November 2018.

The owner of the Next Leader Fund, Au Yeung Wai Kay, has agreed to be interviewed by the administrators as part of their investigation into what happened at the club.