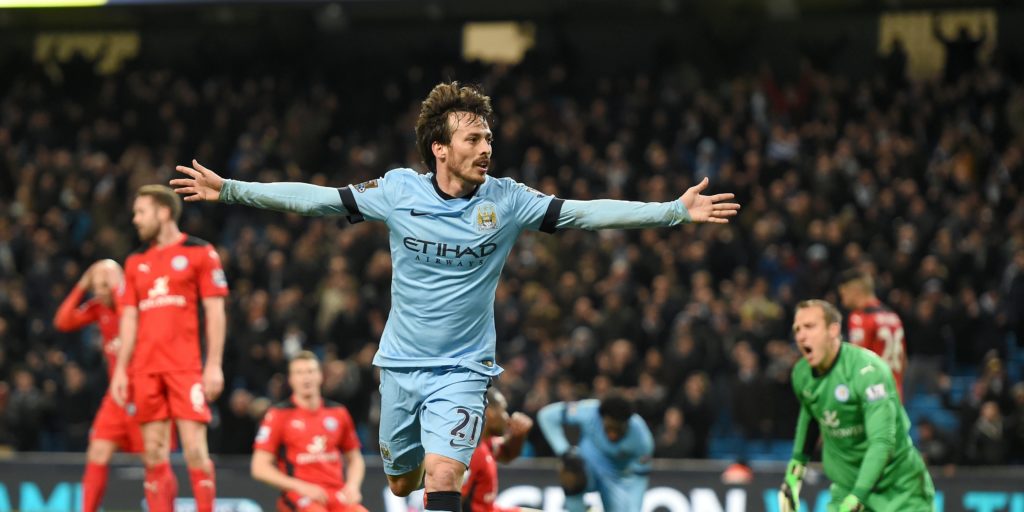 The playmaker is poised to make his final Premier League appearance for Manchester City on Sunday.

David Silva is set to make his final Premier League appearance for Manchester City this weekend after an outstanding 10 years at the club. Here, the PA news agency looks back at some of the Spanish playmaker’s most memorable contributions in a City shirt.

It was the moment Silva truly announced his arrival at City following his GBP 26million move from Valencia in the summer. Jinking his way into the area, Silva lit up Bloomfield Road when he twice dragged the ball back inside with his left foot as two defenders slid in. As another approached he clipped away a shot that curled past him and the goalkeeper and inside the far post.

Sergio Aguero may have grabbed the headlines by sinking Wigan with his first City hat-trick but his third goal was also memorable for the brilliance of Silva in the build-up. Taking the ball just inside the Wigan half, Silva was sandwiched between two defenders but broke free and skipped past a third before playing a brilliant through-ball for Aguero.

A red-letter day in City’s modern history, and Silva was at the heart of it, as great rivals Manchester United were vanquished 6-1 at Old Trafford. Silva was too hot for United to handle throughout the game. He had already had a hand in two of City’s first four goals when he raced onto an Edin Dzeko pass to score the fifth himself, sliding a shot through David De Gea’s legs. There was still more to come as he flicked the ball up and volleyed a pass into Dzeko’s path from inside his own half for the Bosnian to score number six.

The journey to City’s first Premier League title was a rollercoaster ride. After leading the way for most of the season they slumped and trailed United by eight points with six games remaining. Remarkably they fought back and reclaimed top spot with victory in a tense derby at the Etihad Stadium. Vincent Kompany scored the only goal on a night of raw emotion with a powerful header from a Silva corner.

Despite going top with that derby win, City’s lead was a precarious one. They led only on goal difference heading into a dramatic final day. The twists and turns continued as City fell 2-1 behind to relegation-threatened QPR before staging the most extraordinary of comebacks, hitting back to win 3-2 with two injury-time goals. Aguero’s 94th-minute winner took the headlines but there would have been no glorious finish without Dzeko’s equaliser moments earlier, set up by another pinpoint Silva corner.

City could have had their work cut out after Kompany was sent off after 10 minutes but Silva settled any nerves with a brilliant strike minutes later. There seemed little danger as he received the ball 25 yards but, after taking two touches to steady himself, he saw the shot was on and unleashed a swerving effort that flew past Allan McGregor.

Another fine individual goal not dissimilar from his effort at Blackpool, this time at Upton Park. Silva beat three defenders as he darted his way into the box and curled a fine left-footed strike past Adrian.

Silva and Aguero have combined many times over the past decade and their understanding yielded a beautiful goal against Aston Villa four years ago. Aguero played the ball to Silva on the left edge of the box and, in a one-two of dazzling quality, Silva played the Argentinian in on goal with a lovely cushioned volley. He finished clinically, one of two he scored on the day.

Silva’s City career may have gone into time added on this season – he agreed a short-term extension during the Covid-19 stoppage – but he has remained as sharp as ever. He stamped his name all over a 5-0 trouncing of Newcastle at the Etihad Stadium, curling in a brilliant free-kick and setting up further goals for Raheem Sterling and Gabriel Jesus. “I have never seen someone like him,” manager Pep Guardiola said of the 34-year-old.