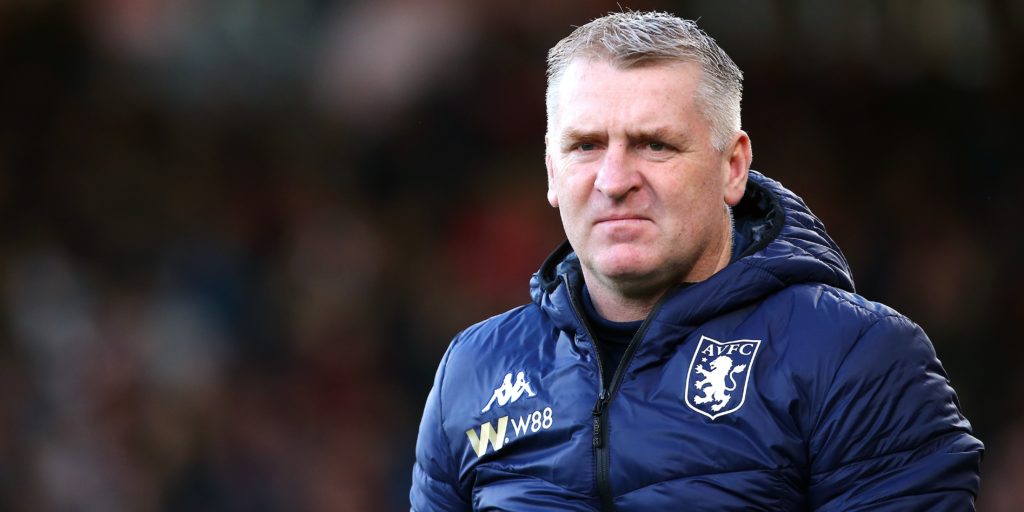 Villa are out of the Premier League’s bottom three on goal difference ahead of Sunday’s finale at West Ham.

Dean Smith has urged Aston Villa to grab their chance of survival.

Villa are out of the Premier League drop zone on goal difference ahead of Sunday’s final-day trip to West Ham.

They have taken seven points from their last three games to move into pole position in the survival race.

Fellow strugglers Watford go to Arsenal while Bournemouth are at Everton and can survive if Villa slip up at the Hammers.

“We control our own destiny and that’s what we wanted to have going into the last game,” said boss Smith.

“It was looking unlikely and that we’d have to rely on others but results went our way in the week and we’re above the dotted line at the moment.

“The most important thing is to be above that dotted line on Sunday and we know we have to win to guarantee that. We’ll be going all out to win.

“The mindset is to play with the same belief and confidence as we have done over the last few weeks.

“If we go and do that, we can get a win at West Ham. We’re also mindful of the fact that although they’re safe now, they’ve been very good recently.

“They had a massive win against Watford and a big point against a really in-form Manchester United in the week.”

Smith will be without Ahmed Elmohamady with the defender sidelined by a hamstring injury but Neil Taylor may be available as he battles his own hamstring problem.

Wesley and Tom Heaton remain out after their season-ending knee injuries in January.

Villa have played nine games in a month after the restart in June and Smith conceded it has taken its toll on his staff.

“I don’t know about the players, but it’s been physically demanding on myself and the coaching staff,” he told a press conference.

“It’s been tough for the players. To come into a period of games with less training than you would normally have, that was always going to be tough.

“My wife has always told me that you cope with whatever is thrown at you and you deal with it. These lads have managed to deal with it so far.

“We’ve got one game to go and we know it’s a massive one.”