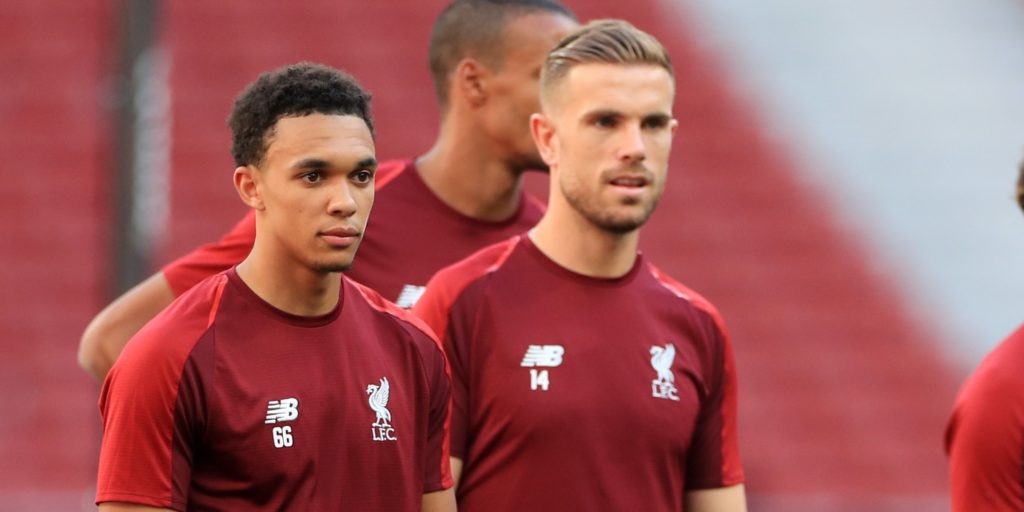 Henderson and Alexander-Arnold are involved in the new video.

The Premier League winning duo have linked up with Show Racism the Red Card for the charity’s video ‘We Can’t Breathe’.

Floyd died while being restrained by a Minneapolis police officer on 25 May and it sparked protests across the world, with Premier League players taking a knee before games in solidarity with the Black Lives Matter movement.

Members of Parliament and Black Lives Matter activists are involved.

Former West Ham and Newcastle goalkeeper Shaka Hislop is the charity’s honorary president and has joined protest marches himself in America.

He said: “The experiences (in the video) live out in real time and they weigh heavy. We took the decision, despite the pandemic, to go into battle in the nearest city where we live and join the Black Lives Matter march.”

Ged Grebby, chief executive at Show Racism the Red Card, said: “We are dedicated to tackling racism and promoting change in society through education. With this short film, we’re hoping we can again contribute to a discussion around combating rife racism in society.

“However more still needs to be done. As the recent events over the past couple of months show, racism is still very much alive around the world, and we stand alongside all those who are protesting against it.”