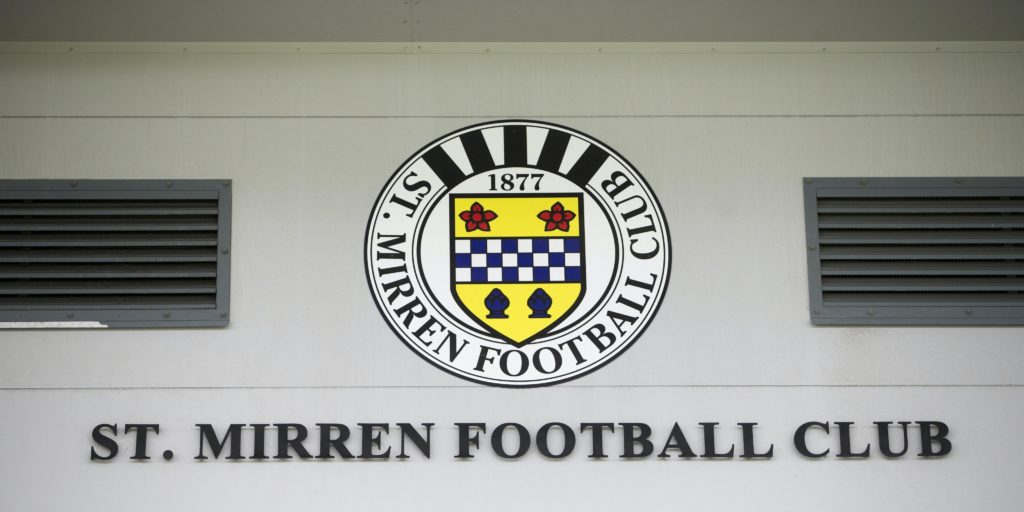 Only one member of the Paisley club’s staff has actually fallen ill with Covid-19.

Only one member of St Mirren’s backroom staff has been found to have contracted Covid-19 after retesting discovered the other six cases were false positives.

It was feared Scottish football’s big kick-off was set to be thrown into disarray when the Buddies reported a major outbreak late on Thursday night, just nine days before the new season.

But the initial tests carried out by a private laboratory have now been re-examined by NHS experts and only one member of Jim Goodwin’s staff has actually fallen ill with coronavirus.

St Mirren chief executive Tony Fitzpatrick explained: “We have complied robustly with the official testing and hygiene regimen to the letter, using a private testing facility in accordance with the Scottish Government and the SPFL/SFA Joint Response Group protocols.

“Our players were tested on Monday, July 20, and have returned 100 per cent negative tests on Wednesday, July 22. However test results for seven of the coaching staff undertaken at the same time showed they were positive for Covid-19.

“We immediately implemented strict isolation protocols and made further arrangements for the coaching staff to be retested at NHS testing facilities on Thursday 23rd.

“I’m very pleased to report that six of the subsequent coaching staff tests have now come back negative this morning (Friday 24th).

“The remaining member of the coaching staff has confirmed as a positive test result and continues to be in strict isolation and has not come into contact with any member of the playing or coaching staff since Saturday, July 18. The club will continue to support and look after this staff member to ensure a full recovery.”

Saints were ordered to axe this weekend’s planned friendly with St Johnstone once the Scottish Football Association and Scottish Professional Football League’s Joint Response Group learned of the initial outbreak reports but there are no plans to rearrange the game in light of Friday’s developments.

The LRG have also informed the other 11 top flight clubs they must revert to twice-weekly testing after the requirements were relaxed earlier this month.

News of the false positives has come as a major relief to the Buddies – who are due to start their season at home to Livingston on August 1 – but will raise concerns about the effectiveness of testing methods.

An unnamed Aberdeen player who reported the only other case of coronavirus from the first week of three weeks of testing also turned out to have been falsely diagnosed.

Now Saints say they will be reviewing their testing arrangements with the private firm who carried out this week’s tests.

Fitzpatrick added: “We are liaising closely with NHS Scotland, the SPFL and the SFA on next steps. We will also be undertaking an urgent review of the private testing arrangement which returned the initial false positive test results.

“Our priority throughout the pandemic has always been the safety and wellbeing of our staff and players, and to ensure we placed public safety at the forefront of our thoughts and actions. This will continue to be the club’s top priority as a safe start to the football season is essential.”

While the St Mirren outbreak is not as bad as first feared, the JRG have asked Rangers, Motherwell and Hibernian to clarify their Covid-19 testing protocols.

Gers and Well were forced to delay Wednesday night’s Ibrox friendly by two hours when results of Tests carried out on Monday failed to arrive on time for the scheduled 6pm start.

Both squads came back negative but the JRG is now looking for answers after it emerged several members of Steven Gerrard’s Light Blues first-team had played earlier that day for Rangers B in a bounce game against Dundee United.