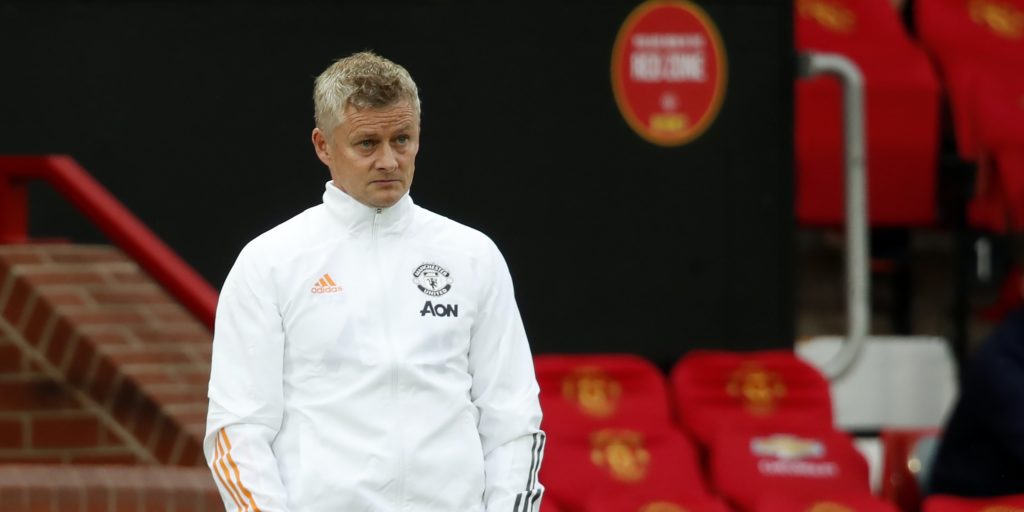 Solskjaer’s third-placed side will seal Champions League qualification if they avoid defeat at Leicester.

As a topsy-turvy campaign belatedly draws to a conclusion, United have one step left after impressively overcoming their worst start to a Premier League campaign.

Wednesday 1-1 draw with David Moyes’ West Ham may have lacked inspiration and excitement, but it saw United break into the top-four for the first time since September as Leicester took their place in fifth.

It sets up a mouth-watering season finale between the top-four rivals at an empty King Power Stadium on Sunday, where Solskjaer’s third-placed side will seal Champions League qualification if they avoid defeat.

“We’re looking forward to the game, we’ve given ourselves a good chance of being in the Champions League next year but we can’t go into a game thinking about what the outcome can be,” the United boss said.

“We want to go there and dominate the game. We wanted to get this position to be able to go to Leicester and having to beat them and we’re not going to change our approach.

“We want to go there and try and win the game.”

A fascinating clash awaits in the East Midlands as United look to get over the line, having faced a gruelling fixture schedule in a truncated period due to the coronavirus pandemic.

“Focus and concentration is very, very vital in football,” Solskjaer said. “When you play against quality teams, quality players, one lapse of concentration can hurt you.

“We’re going to go into it with a strong frame of mind. It’s not job done, we have got to this point and we have one more game in this season.

“Mentally I think we’ve shown more robustness, resilience, when we’ve lost the first goal in games, for example, but we’ve also shown the heights when everything’s flowing, which you can’t expect every time.

“I’m delighted with how the development looks.”

Solskjaer says they have “shown that this is a team going places” since the low of a 2-0 home defeat to Burnley in January.

United are unbeaten in 13 Premier League matches since then – the Norwegian’s best ever league run as a manager – and cannot afford for that run to end against Leicester.

Asked what has brought about that turnaround since the Burnley loss, Solskjaer said: “Many, many factors, many reasons. Belief.

“I think if you look at that game again against Burnley, we should have won that one. But that’s just football and the Premier League for you. You have to take your chances.

“I think the belief, the confidence, the change of atmosphere. Of course, Bruno (Fernandes) coming in has made a massive difference, we’ve got our best players fit and raring to go.

“It’s been many different reasons for the upturn but it’s been down to the work.

“They have trusted us, taken step by step, believed and trusted in what we have said and the boys have worked really hard.

“The fitness levels and the mental robustness is so much better than last season.”

Phil Jones and Axel Tuanzebe are the only definite absentees for Sunday’s Premier League finale, with Solskjaer vowing to give Luke Shaw and Eric Bailly as much time as they can to prove their fitness.