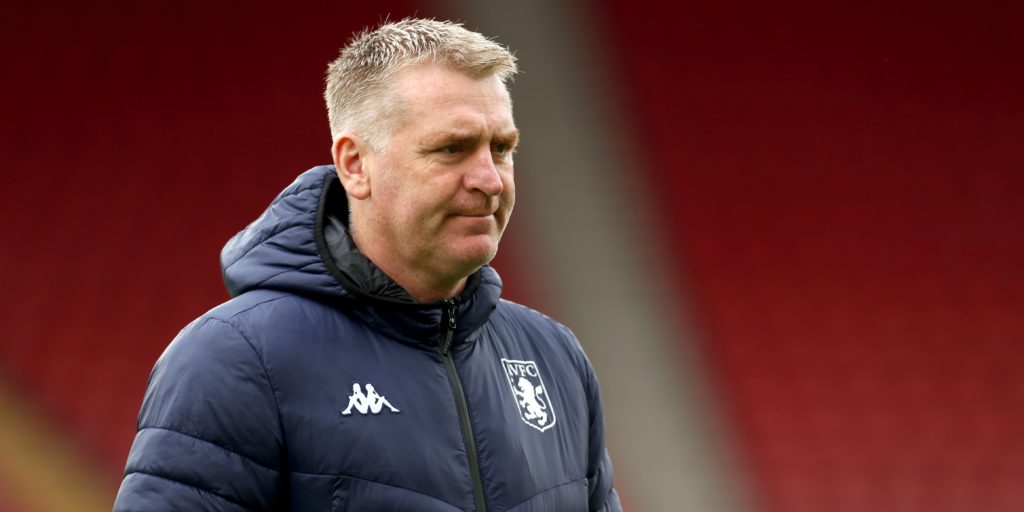 Villa are out of the Premier League’s relegation zone on goal difference.

Villa go to West Ham out of the bottom three on goal difference after Tuesday’s 1-0 win over Arsenal.

Drop rivals Watford go to the Gunners with Bournemouth travelling to Everton.

Two from three will go down but Smith is confident it will be Villa celebrating retaining their Premier League status by Sunday evening.

He said: “I’ve been confident in this group since we came back. There’s nothing to waver my belief in them. I know after the Manchester United match (a 3-0 defeat) everyone thought we were relegated and were speaking about a Championship season.

“We have taken seven points – and it should have been nine – from the last three games and we’re above the line.

“We understand what we have to do. We have to be mindful of what’s happening at other games, as we saw in the Championship, and we’ll have some ‘What if’ scenarios in the final 15 minutes.”

Smith has remained calm throughout Villa’s struggles this season after leading them to promotion via the play-offs last year.

He lost record buy Wesley and England goalkeeper Tom Heaton to season-ending knee injuries in the same game in January and Villa were seven points from safety going into their match against Crystal Palace earlier this month.

But the 49-year-old knows how important it was for him to keep his cool.

He said: “I think 33 years of being involved in football is enough to help you deal with pressures that are there. It certainly wouldn’t be good for my health if I was getting too up and down.

“I’ve always maintained the biggest thing a player wants to see is consistency from a manager. If I’m up and down then I can’t expect them to have good emotional control as well, so I think it’s really important I’ve trained myself to do that.”