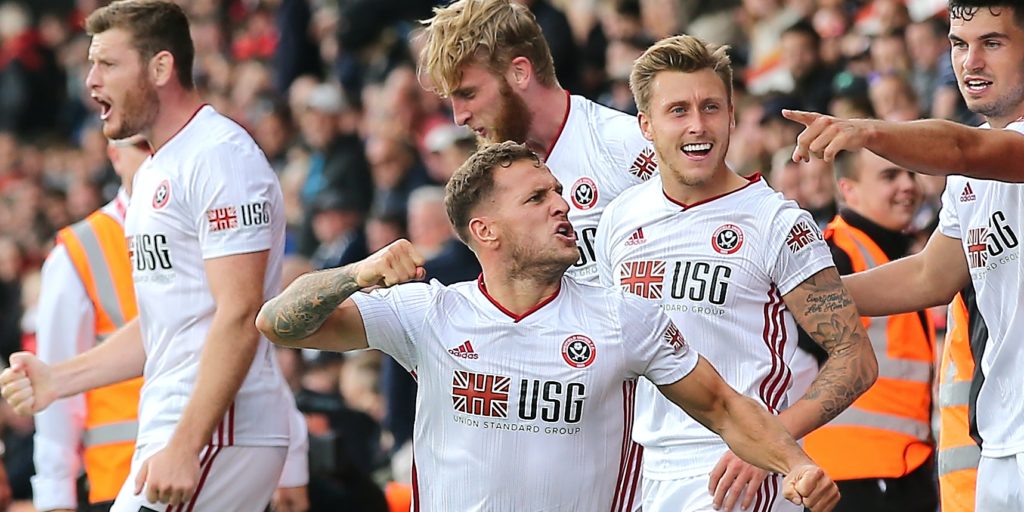 The Sheffield United striker is determined to help his team claim an eighth-placed finish.

Sheffield United striker Billy Sharp has spoken of his “incredible” pride at being captain of his hometown club in the Premier League this season.

The Blades, relegation favourites in August, have astounded their critics following promotion to the top flight last season for the first time in 12 years.

An eighth-placed finish will be guaranteed if they win at boss Chris Wilder’s former club Southampton in their final fixture on Sunday.

“To do what we’ve done up to now has been incredible,” Sharp said. “I’m incredibly proud to be captain of the boys.

“They’ve shown that they deserve to be in this league. The other two teams that came up with us have been fighting (relegation) all season.

“We got written off by everyone. We’ve won a few people over, but we’re a team who aren’t bothered what people say.

“We just go about our business, try and get better each week and that’s certainly what we’ve done.”

Wilder’s side had been challenging for a Europa League place until Monday’s home defeat to Everton dashed their chances.

“We’d have liked to have taken it into the last game,” said Sharp, who has scored three goals across 24 Premier League appearances this season, mainly off the bench.

“But we’ve still got a job to do, still got to put on a good performance and get three points.

“We wish circumstances were a lot different. We’d have wanted a packed Sheffield United away end, but it isn’t to be.”

Sharp said he had feared during the height of the coronavirus pandemic that the Blades’ remarkable campaign would be brought to a premature end and that he had badly missed the fans.

“There was one stage during the lockdown when I thought it might not get going again and that would have been a huge disappointment for us as a team,” he said.

“Everyone knows I thrive off the fans, whether it’s getting stick from the away fans or getting support from the home fans.

“We’ve all talked about it, who’s missed it and stuff. Every team misses their fans. Football’s not the same without them.”

The Blades, level on points with Burnley, can seal their highest top-flight finish since 1975 at St Mary’s.

Sharp added: “Before the start of the season if you’d have said we’ll finish 10th we would have been absolutely delighted, but we can finish eighth and we want to stay there.”