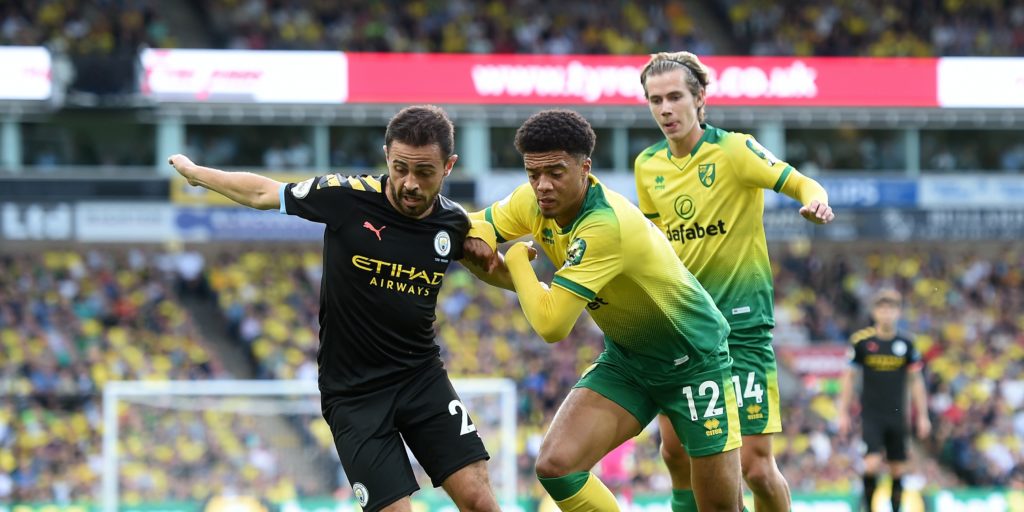 The Canaries secured the services of two new players this week.

Norwich head coach Daniel Farke is pleased with how his side are shaping up for the new season.

The Canaries will return to the Sky Bet Championship after their final-day clash at Manchester City on Sunday.

While there have been highlights for the Carrow Road club in the Premier League this term, they have struggled with injuries and form during a long season.

Plans are already under way for life back in the second tier, with Jacob Sorensen and Przemyslaw Placheta joining Norwich this week.

“We were searching for pace on the wings and physicality in the midfield, so I think we’ve found some good additions to our squad,” Farke told a press conference on Friday.

“Our scouting and recruitment is always aware of the benefit young talent can bring us.

“I’m pleased with our last two signings, Sorensen and Placheta. Sorensen is a great holding midfielder who can pass and score, Placheta is an exciting young talent with unbelievable pace.”

A problem for Norwich could be holding on to players who have impressed this season, but Farke has remained bullish about that since football’s resumption.

He added: “I don’t have to convince players to stay, because they signed their contracts.

“Each and every player knows the backing they have here and the opportunity they have to develop if they work hard. We have ambitions. I think we have a good package for the players, so I’m not concerned.”

The 2020-21 campaign will start on September 12 and while the Canaries are without several key men for the trip to Manchester, the majority are expected to be fit for the new season.

Alex Tettey (knee) and Timm Klose (hamstring) are now on the treatment table, but there is positive news for defender Sam Byram on his return from a hamstring issue.

“Sam has been doing runs and careful exercises with the ball over the last few weeks, so I’m carefully optimistic, he’s looking good and can do his running without problems,” Farke said.

“If Sunday was a Champions League final, we’d try everything to bring Tettey and Klose back for the game, but we can’t risk it.

“They will be available for the start of next season, they are only out for a few weeks.”

Basement club Norwich are also without Grant Hanley (hamstring) and Moritz Leitner (hernia) for Sunday’s clash, while Emiliano Buendia and Josip Drmic are suspended after their red cards against Burnley.

Injuries affected the East Anglia outfit the last time they did battle with Pep Guardiola’s men and on that occasion in September they recorded a thrilling 3-2 triumph.

Farke said: “We have to play without so many players, but this is a similar situation to when we first played Manchester City.

“We know we’re the underdogs and a win won’t let us stay in this league, but we must present ourselves the best we can on the biggest stage.”