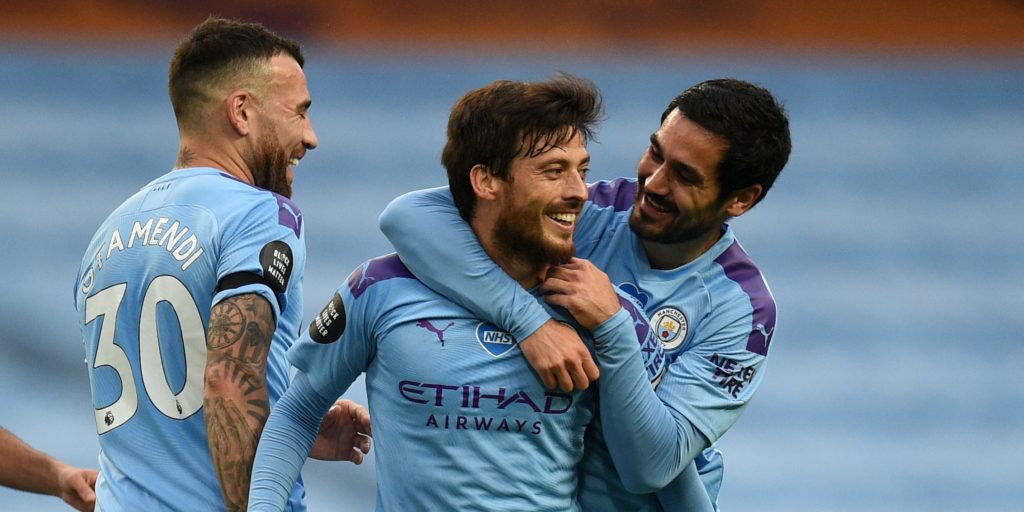 The veteran Spanish playmaker is set to make his final Premier League appearance for Manchester City against Norwich on Sunday.

The 34-year-old is leaving the Etihad Stadium at the end of the season after a decade’s outstanding service.

Nicknamed the ‘Magician’ for his consistently influential displays, Silva has been at the heart of all City’s modern successes since signing from Valencia for GBP 26million in 2010.

Silva has won four Premier League titles, two FA Cups and five League Cups with City, adding to the World Cup and two European titles he has claimed with Spain.

Silva said: “When you are young you don’t dream about all of this. You dream about becoming a footballer, a professional footballer, you dream of playing in the top flight – but you never think about all the things that you could possibly achieve.

“Even more so now when I look back at everything I have achieved I could never have imagined it, even in my wildest dreams.”

City’s FA Cup final victory over Stoke in 2011, which ended a 35-year trophy drought, was the start of a dynasty.

Silva said: “An amazing day. They had told us that we had a project and it was to win trophies, and then in my first year we won the FA Cup. The rest is history.

“We have won a lot of titles since then. As they said to me at the time I joined, that was their project for us and, the truth is, we made it happen.”

The first Premier League title followed in 2012, secured in dramatic fashion on the final day of the season with two goals in added time against QPR.

Silva said: “I think that we deserved the league that year because we had played very well. We had to suffer a bit but the Premier League is a very difficult league and the most difficult is making that first step forward and winning it for the first time.

“We were able to win it and it took a weight off our shoulders.”

One memorable victory in that campaign was the 6-1 thrashing of Manchester United at Old Trafford in which Silva scored and had a hand in three other goals.

He said: “It was a complete performance from the whole team – 6-1 against United at Old Trafford. Imagine that. The whole team played so well and it was a historic result.”

City’s most recent successes have come under the inspirational management of Pep Guardiola.

Silva said: “What Pep has done during his time here has been incredible. We have won a lot of trophies and, what’s more, we have dominated football here in England too.

“It hasn’t just happened by chance. Thanks to him and the important role he has played we have won these trophies.”

Silva’s City career could end with yet another trophy as the club chase Champions League glory next month. Silva has been in outstanding form since football resumed following the coronavirus stoppage.

The Spaniard, who is still to announce if or where he will play next season but will be “blue forever”, said: “I try and work hard every day, to make sure that I am in good shape and fit to avoid injuries.

“Then I enjoy myself. On the pitch I try to have fun, knowing that I’m at an age now where I’m going to play less and less.”