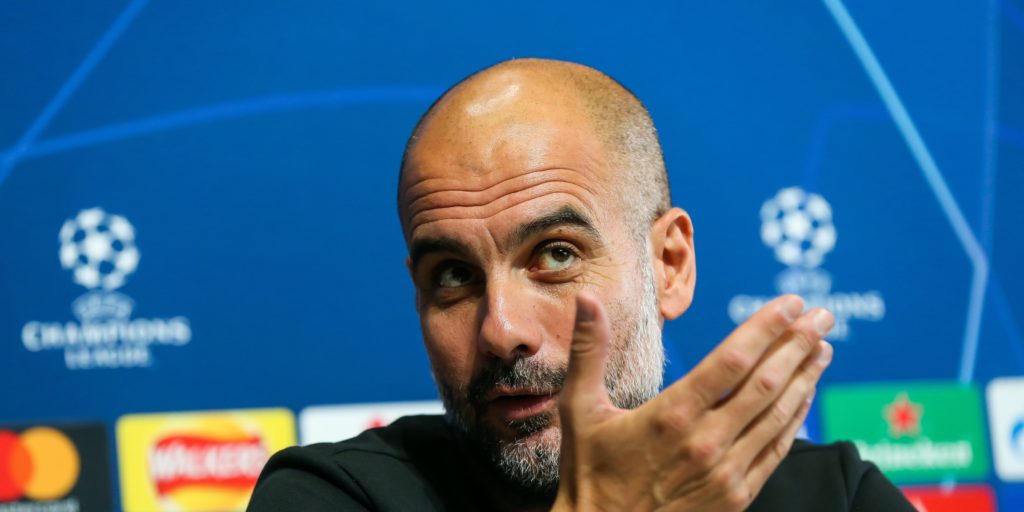 City successfully overturned a two-year European ban at the Court of Arbitration for Sport earlier this month.

City successfully overturned a two-year European ban at the Court of Arbitration for Sport earlier this month after vigorously defending themselves against allegations of financial misconduct.

European governing body UEFA had imposed the suspension after an investigation, while various other leading football figures around the continent, either connected to rival clubs or foreign competitions, had apparently backed the punishment.

Now that City have won their appeal there could be an obvious temptation to try and prove a point over the remainder of this season as they bid to win the Champions League for the first time.

Yet manager Guardiola insists that is not a factor as he prepares for the delayed second leg of City’s last-16 tie against Real Madrid on August 7.

Guardiola said: “This issue is over. UEFA accused us, (saying) that it was not fair what we had done in the process.

“After, independent judges said: ‘No, they (City) were right.’

“It’s a page or chapter for me that is over, that is closed. We are happy because we showed to the world we are clean.

“We followed completely the rules about Financial Fair Play. But even that we know what happened, the people are talking about this. The rumours will always be there.

“But it is not more satisfaction or less satisfaction for winning. Now we have in front an important game for us.

“With a great joy, we are going to prepare and try to be there – and go to Lisbon, like Madrid always expect to be there too.”

City will take a 2-1 lead into the second leg against Madrid after victory at the Bernabeu in February.

It gives them a strong chance of progressing in a competition in which they have continually slipped up unexpectedly.

Under Guardiola, City have gone out to Monaco, Liverpool and Tottenham in the knockout stages despite being favourites to go through.

Again, Guardiola – whose side must first wrap up their Premier League campaign at home to Norwich on Sunday – insists atoning for past mistakes is not part of the motivation.

He said: “The drive to go through must be to play a good game. What I want is to do a good game.

“It is absolutely a final for us, for Madrid it is a final. In the final we must avoid making mistakes and play football like we are (capable of).

“These kind of games, special games, it is the desire of every single player to try to win.”