Home News Everton have to be better next season – Carlo Ancelotti

Everton have to be better next season – Carlo Ancelotti 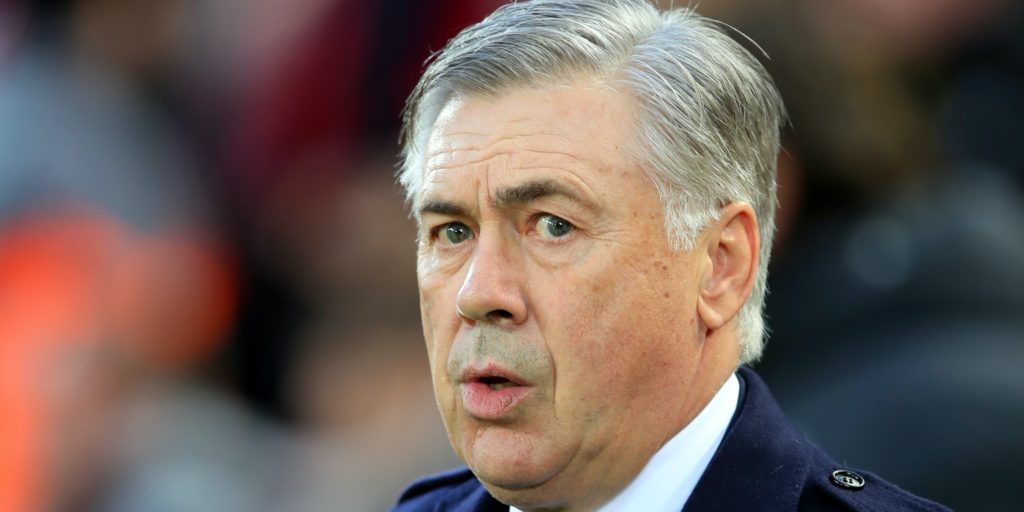 The Toffees can finish no higher than 11th place.

Everton boss Carlo Ancelotti has promised a summer of evolution rather than revolution as he plots the way forward.

The Toffees will end their latest Premier League campaign against struggling Bournemouth on Sunday knowing they can finish no higher than 11th and no lower than 12th.

For a club that has spent heavily in recent years, either will represent a disappointing return.

Ancelotti will head into talks over his summer transfer plans next week with his sights set on a significant improvement, but he is not about to tear up the blueprint and start all over again.

“It will be surely an evolution of the club. Everyone want to go to the next step – that is to improve.

“If this season we are able to finish in 11th position or 12th position, I don’t know, but for sure next season, we have to go up, there is no other way.

Ancelotti was buoyed by his side’s display in victory at Bramall Lane on Monday evening, when Richarlison’s lone strike was enough to secure the points.

It was not just the fact of the win but the manner in which it was achieved which gave the Italian cause for confidence that there is something to build on.

He said: “The key point was the spirit and the attitude of the players. When the attitude is there, we can have the possibility to show our quality because this team in a lot of games has showed good quality with the ball and without the ball.

“But you can show the quality only if the spirit is good and in the last game, the players understood really well what went wrong against Wolves and they tried to learn from that game.

“It’s the last game of the season. It will be important to try to repeat the same game that we played against Sheffield. We showed a good image and we showed good attitude.”