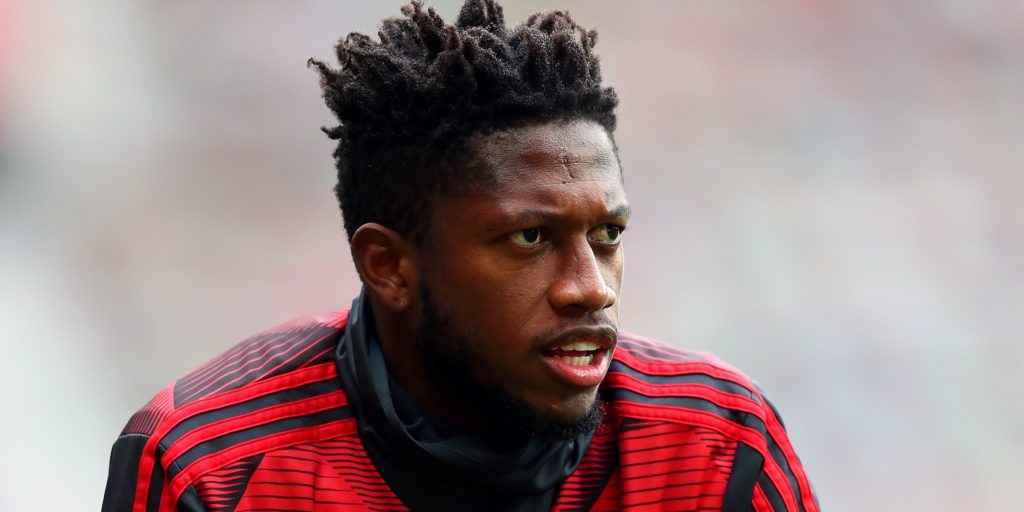 The Red Devils need only a draw against Leicester to seal Champions League qualification.

Fred is confident Manchester United can nullify the threat posed by Jamie Vardy as they look to clinch Champions League qualification.

United head into Sunday’s final round of Premier League fixtures needing to avoid defeat at Leicester to guarantee a top-four finish, with the clubs currently lying third and fifth in the table respectively.

United midfielder Fred said of Vardy – scorer of four goals in his last five appearances – in quotes on the club’s official website: “He’s not the top scorer just by chance.

“So we need to nullify his threat. He’s a top player and he’s having a great season.

Ole Gunnar Solskjaer’s United, last beaten in the Premier League in January, broke into the Champion League places earlier this week following a 1-1 draw with West Ham as Leicester were pushed out.

After making a superb start to the season, Brendan Rodgers’ men have struggled towards the end, winning only two of eight league matches since the campaign resumed in June.

Regarding Leicester, Fred said: “They’re a big team and they did really well.

“For a period they were competing at the top of the table for first place, but then they subsequently fell off. They’re a very, very good team and we respect them.

“They’ve got great players, lots of really good players and top goal scorers. As I said before, we are going to respect them but also, we’re going into the game to win.”

The 27-year-old Brazilian added: “As a club we should be in the Champions League every year as we’re a massive club.