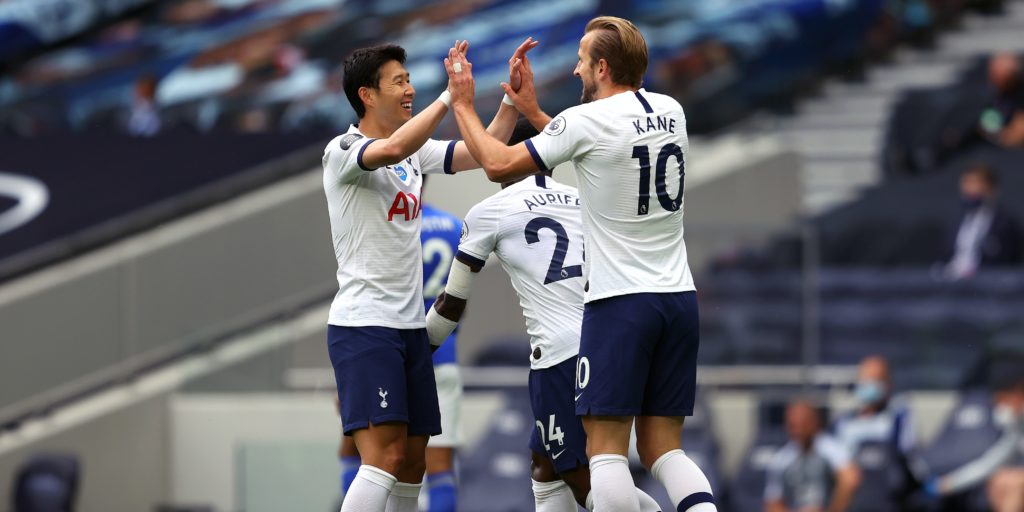 If Spurs finish seventh, north London rivals Arsenal can deny Mourinho’s side their place in the Europa League by winning the FA Cup.

Tottenham boss Jose Mourinho knows his side can only look after their own business as they aim to book Europa League qualification at Crystal Palace on Sunday.

A fine surge of form has put Spurs into contention, but it is out of their hands going into the final day of the season as they have to beat Palace and hope Wolves drop points at Chelsea to be guaranteed qualification via a sixth-placed finish.

If Wolves finish sixth then Mourinho’s men must wait until next weekend’s FA Cup final to learn their fate as an Arsenal win against Frank Lampard’s men will deny them a European spot.

“We have a couple of possibilities of playing Europe next season but we’re in the hands of others, so to finish sixth we need to win and we need Wolves not to win,” he said. “To finish seventh and qualify for Europe we need Arsenal not to win the FA Cup.

“So we have options to be there but we depend on other results. The only feeling that I can have is that we can beat Palace and add three more points to our total.

“And then I don’t know. Finish sixth, finish seventh, Arsenal wins, Arsenal loses, I don’t know. Me and my players have only to focus on a good run, keep the performance, focus on the match, play really serious, big game for us but I don’t know.”

There are benefits to missing out on Europe all together as Chelsea and Leicester have both won the Premier League in recent years by only having domestic competitions to focus on.

But Mourinho would prefer for his side to qualify, even if it is not the premier competition.

“I prefer Europe. I prefer to play Europa League than not to do it,” he said.

“It’s an advantage not to play, it is, because you have one match per week, you prepare every match, you have less injuries, you have less fatigue, you don’t travel the same, no accumulation, no mental fatigue, has lots of advantages.

“So of course I would prefer to play Europa League.”