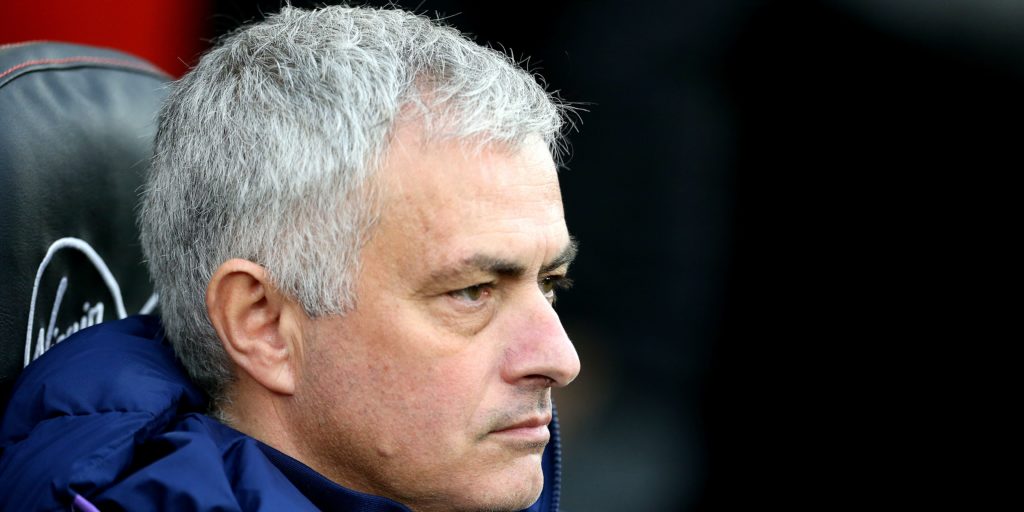 Mourinho’s former club Chelsea have already splashed the cash with the arrivals of Hakim Ziyech and Timo Werner.

Tottenham boss Jose Mourinho says his club will not react to rival clubs’ spending sprees in the transfer market this summer and will remain “balanced”.

Mourinho’s former club Chelsea have already splashed the cash with the arrivals of Hakim Ziyech and Timo Werner and they are reportedly in talks to sign Kai Havertz, which would be another big-money move, while the likes of Manchester City and United could also spend this summer.

In contrast Spurs, having spent over GBP 100million last summer, are not expected to do any major business, with Mourinho keen on a few adjustments to his squad.

A key element to their summer will also be to keep hold of their best players, something Mourinho said will definitely happen.

“Our targets are related to what we can do. Internally we don’t have any contradictions, I am not asking for anything that cannot be done and the club is not promising anything that is going to affect the club as a whole, so we are balanced,” he said.

“We have to just follow our decisions and do what we can do. I try to be very organised, I give my written reports to the club.

“We discuss improving the squad and we go together in a way that is going to be possible to do. Our objective is to keep our amazing players, those important in the structure of the team and try to improve the squad.

“Small changes, a big overhaul needs a lot of money involved. I don’t think there are many clubs ready to buy, buy, buy – the ones that are going to do is because they can do it with or without Financial Fair Play.

“If they do it, it’s because they feel they can do it, we know what we can do and what is not possible to do.

“We don’t want to sell our important players and that immediately is a limitation because by not selling big players, you don’t have also big incomings so we are going to be very balanced but again the objective is to improve the squad.

“And that I’m totally convinced we’re going to manage.”

Spurs go into their final match of the season at Crystal Palace on the back of four wins from five games, increasing their chances of Europa League qualification.

Their impressive form has also raised optimism ahead of next season as they are in fourth position in the form table since Mourinho took over in November.

Mourinho joked that he is the “champion” of the last five matches and wants to carry the form into the next campaign.

“If this is about individuals and individual approach, let’s go for an easy one: I’m fourth in the league,” he said.

“I arrived 14th, three points difference to Arsenal, I think 11 points to a Champions League position but if the league starts only for me and not for Tottenham – but the reality is I’m not important, the important thing is Tottenham.

“I try to do my best all the time, I’m not worried about proving or not… I try to do the best all the time and my most important match is the next one and my most important season is the next one and it’s not what you think, it’s not anything that can come from outside that’s going to motivate me more or less or put more or less pressure on me, it’s just my nature.

“I don’t need that. So I look forward to next season, I want very much to start next season and that’s my nature.”