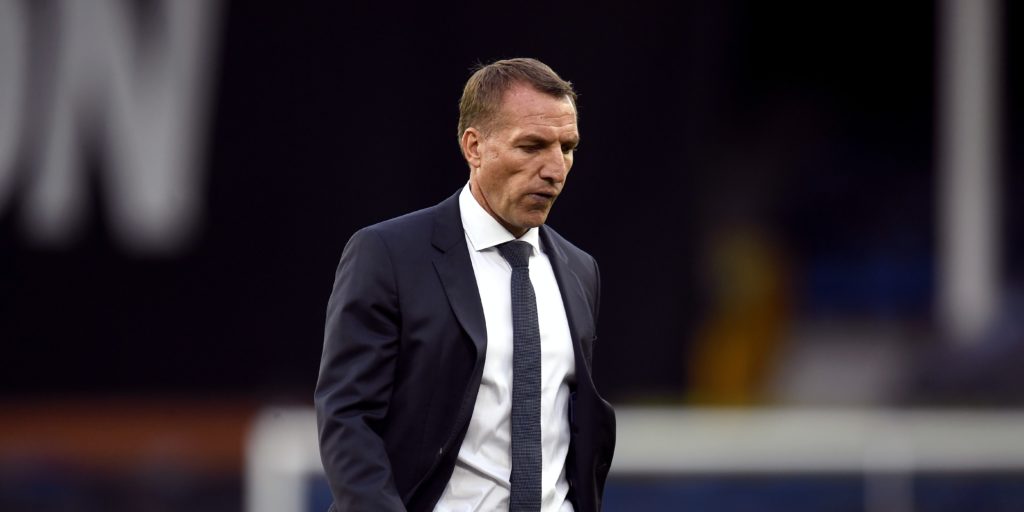 The Foxes boss is putting all the pressure on Ole Gunnar Solskjaer’s side ahead of Sunday’s showdown.

Leicester boss Brendan Rodgers believes the pressure is all on Manchester United ahead of their Champions League shoot-out.

The teams face off at the King Power Stadium on Sunday battling for a Champions League spot.

Leicester are fifth, a point behind United in third and fourth placed Chelsea ahead of the final round of games.

Victory would return the club to Europe’s top table after a three-year absence but Rodgers expects United to be the ones in the spotlight.

“That is pretty clear. For us we would want to be in it. We will give everything we can. If we fall short then we have still had a really good season in the first season we have been together.

“When you (United) are at that level of spending and everything else there is a need to be in there and that brings a different level of expectation.”

The Foxes have achieved their pre-season goal of European football having booked a Europa League spot already and Rodgers knows the importance of improving the squad.

“There are resources when you get to the Champions League which are far greater but for us it has to be sustainable.

“We would love to be getting an GBP 80 or GBP 90million player but that is not how we work here. The solution for us will be continual development, looking to improve the quality and the possibilities that we have and improving players and that is continual regardless of where we’re at.”

Rodgers is without James Maddison and Christian Fuchs (both hip) while Ben Chilwell is sidelined with a foot injury.

Jamie Vardy is gunning for the top flight’s golden boot with 23 goals and is two ahead of Southampton’s Danny Ings with Rodgers backing him to shine against United.

“Jamie as been outstanding for me and before that. These are the occasions where he comes to the fore,” he added.

“He is a big-game player and deals with pressure. This is a game right up his street. He has been on fire and I’m sure he’ll want to finish off the season strongly.”