Mikel Arteta worried about the strain being put on Arsenal players 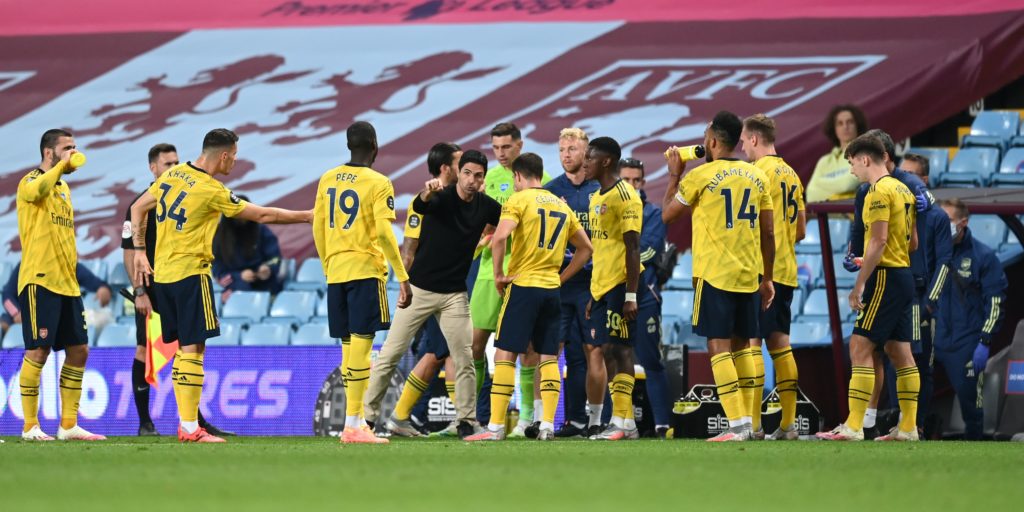 The Gunners still have the FA Cup final to play.

Arsenal head coach Mikel Arteta admits he is worried that the congested fixture list has put too much strain on his players.

The Gunners face relegation-threatened Watford in their final Premier League game of the season on Sunday, making it 12 matches in 39 days.

Their run to the FA Cup final, where they meet Chelsea on August 1, has seen two additional games slotted in alongside the run of remaining league fixtures after the season restarted following the coronavirus pandemic.

Arteta has seen a string of players pick up injuries since the restart, with Bernd Leno, Gabriel Martinelli and Pablo Mari all missing the closing weeks of the campaign.

Shkodran Mustafi, too, has been ruled out of the FA Cup final due to a hamstring injury.

Asked if he was worried about there being too much pressure on players recently, Arteta replied: “Yes, I am worried and, for example, Mustafi’s injury is related to it because we had to expose our players.

“We had some really bad injuries in the last few weeks where we lost big, big players: our goalkeeper, central defenders and Martinelli, central midfielders.

“But it is what it is. It’s unprecedented times with the Covid, we knew the challenge afterwards and the Premier League has done the best possible way to fix all the fixtures into this calendar year and we are going to move everything back to next season.

“It’s our responsibility to put a plan together where we don’t expose them as much but sometimes it’s inevitable because when you don’t have the numbers they have to keep playing.”

Earlier in the month, Arteta said some of his squad had played “crazy minutes” because of the condensed schedule and he feels it will be hard for all clubs to properly prepare for next season with a shortened summer break.

“It will be the same for everybody and then imagine the teams playing in the Champions League so we have to adapt,” he added.

“But again, it is what it is and for a first job it is quite a challenge and, to be fair, I’ve tried to embrace it, give my best, try to help the club and the best players as much as I can and to have more in other moments but at the moment it’s just work, work, review and try to improve.”