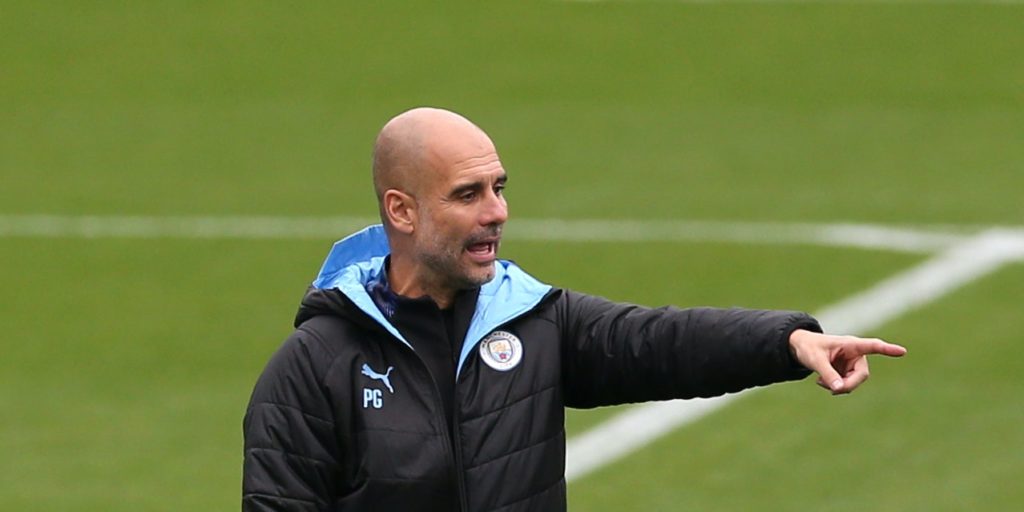 City host the Canaries in a relatively meaningless contest in the final round of Premier League games.

Pep Guardiola has told his Manchester City players Sunday’s visit of Norwich is a trial for next month’s crunch clash against Real Madrid.

City host the Canaries in a relatively-meaningless contest in the final round of Premier League games.

Guardiola’s side are already assured of second place, while bottom side Norwich have long accepted relegation as their fate.

But while there may be bigger drama elsewhere on Sunday, Guardiola is determined to sharpen up for the delayed Champions League last-16 second leg against the Spanish giants at the Etihad Stadium on August 7.

City will defend a 2-1 lead after their stunning victory at the Bernabeu in February and players, after last week’s disappointing FA Cup semi-final loss to Arsenal, will be playing for their places this weekend.

Guardiola said: “I know them quite well but this game against Norwich and the way they are going to train this week – I am going to be paying attention for who is more able to play against Madrid.

“Every day will be an exam for me to see who is ready to play this game. I would say against Arsenal we were not ready, against Watford a little bit better, but still we need to improve.”

City were outstanding in winning the title for the past two seasons but their bid for a third in succession began to unravel early this term.

Norwich may ultimately have found the leap too big after last season’s promotion but their stunning victory over City at Carrow Road in September created shockwaves.

It was the first of nine losses suffered by City in an unexpectedly weak title defence.

“We lost there, that game showed our inconsistency this season,” said Guardiola, whose side have still notched 97 goals en route to a comfortable runners-up finish.

“The last game was the first time we won four games in a row. Last season we did 14 (in a row) and before that 18. We’ve not been consistent.

“It’s the last game at home. We want to win, maybe score 100 goals again and then prepare for the game against Madrid.”