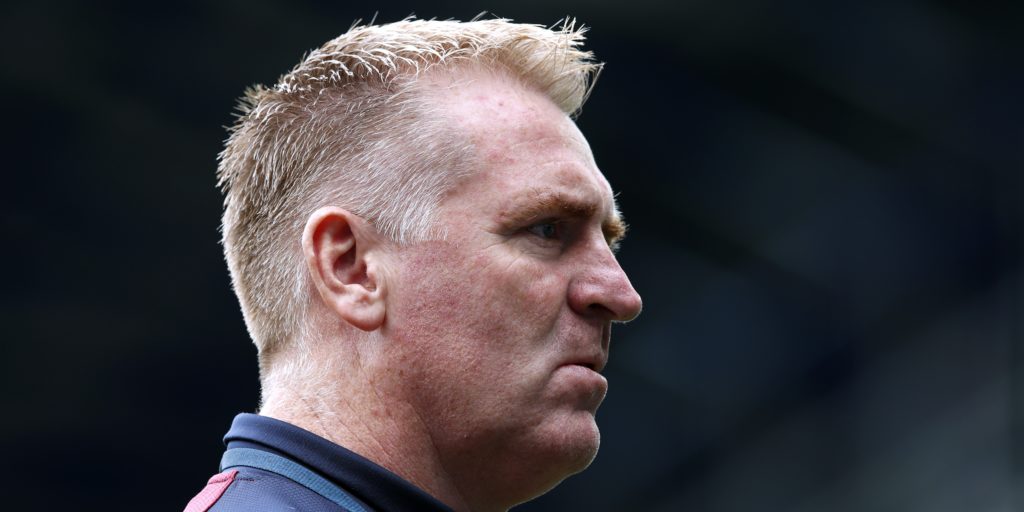 Aston Villa boss Dean Smith has told his players to shove the doubts down the critics’ throats by staying in the Premier League.

They go to West Ham on Sunday in pole position to beat the drop and complete their escape.

Villa sit outside the relegation zone on goal difference after winning seven points from their last three games, including Tuesday’s 1-0 victory over Arsenal.

Watford and Bournemouth can still survive if Villa slip up on the final day but after being written off several times this season Smith is eager to show people they made a mistake.

“My biggest drive in football is always to prove people wrong,” he said.

“When you walk into any football club – and for me it’s been Walsall, Brentford and Aston Villa – you won’t have 100 per cent of the supporters and everybody to do with the football club wishing you well. Some people will have wanted somebody else.

“I get that, you can’t always please everyone. So my job has always been to prove the doubters wrong and hopefully to use that as a driving force. That’s always done me well and I feel it’s done the players well too.

“You can’t hide from the criticism that comes at you at times. They’re all on social media, they all see reports and television interviews so they’re not shielded from it because we can’t shield them from it.

“They have to deal with it. One of the ways to do that is to try to prove people wrong.”

The spotlight is now on Villa, who are favourites to survive having been seven points from safety before they beat Crystal Palace 2-0 this month.

But Smith insisted he and his squad can handle the heat ahead of a frantic final day.

“To be honest the expectation has been there from day one. We know how important Premier League survival is,” he said.

“So I’ll be treating this game against West Ham no differently to our first game against Tottenham. You’re battling for points and that’s the mentality you must have and continue to have.

“We know what’s at stake but that was at stake in the first game. If we’d got three points in that Tottenham game we might not be in the position we’re in now. So we have to make sure we control our own destiny.”