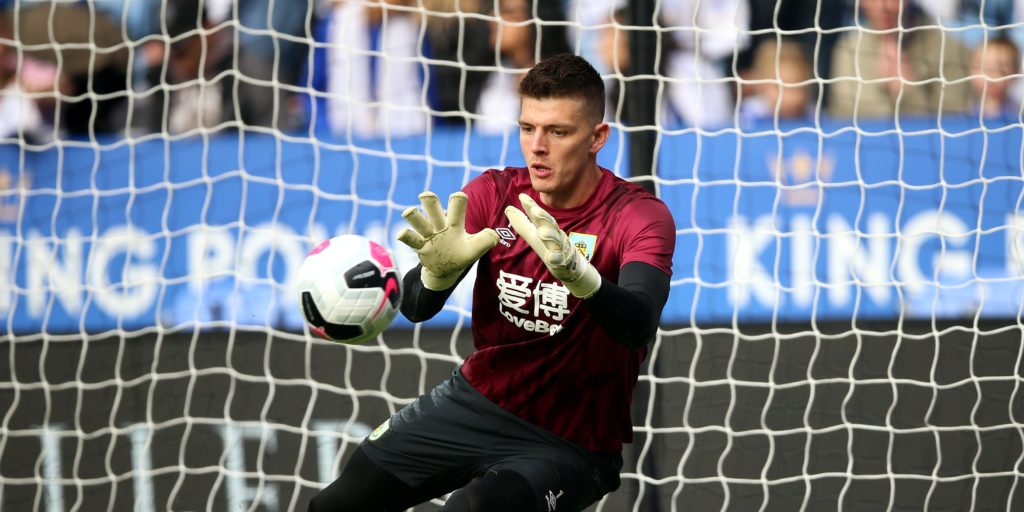 The Burnley and England goalkeeper has collected 15 clean sheets to put him level with Manchester City’s Ederson.

Nick Pope goes into Sunday’s season finale against Brighton with a chance to complete a remarkable journey from non-league football to the Premier League’s Golden Glove.

Pope has played every minute of the top-flight season for Burnley so far, collecting 15 clean sheets to put him level with Manchester City’s Ederson, who will be up against relegated Norwich.

But just seven years ago, Pope was completing the last of his five stints in non-league football having started his senior career with Bury Town before Charlton sent him on loan to Harrow, Welling, Cambridge and Aldershot.

After a spell at Bury during 2014-15 campaign, Pope got his chance in the Charlton side but suffered relegation the following season, which was when Burnley snapped him up for a mere GBP 1.5million.

Pope had spent a lot of the previous season picking the ball up out of the net, but Sean Dyche had seen enough to be convinced.

“He was massive, physically huge and I just thought,’Wow, look at that big monster who runs around the goal stopping the ball going in the net’,” Dyche said.

“He’s a very big goalkeeper who comes out in his box and commands his area. There’s more to his game than people think.

“He’d just been relegated, but I like relegated goalkeepers, because that means they’ve had to be mentally strong through a really demanding season. They’ve probably let a lot of goals in but they’ve still had to go out there, still perform, and still look to keep those clean sheets.”

Dyche’s instincts proved right. Pope earned the second of his two England caps in November and, along with Dean Henderson, now poses major competition for Everton’s Jordan Pickford, with Dyche rating the 28-year-old amongst the best in the league.

“He’s good around the group and respects the group and the team playing in front of him, and when called upon he makes big saves.

“And not only big saves, I have mentioned recently he is forming as an all-rounder now.

“His voice is getting stronger, his organisational skills are getting better, his awareness of decision-making continues to be more accurate – when to come for crosses, when not to, when to come off his line and when to read the game earlier.

“All these things are really important to a goalkeeper, as well as the obvious, which is stopping it going in the net, which is the most important thing.”

Pope has faced major challenges at Burnley too, and last season did not start a single Premier League game through a combination of injury and the form of Tom Heaton and Joe Hart ahead of him.

But with Pope now a key figure in a Burnley side unbeaten at home since New Year’s Day and needing only a point on Sunday to set a new Premier League points record for the club, that all seems like a long time ago.

“He’s doing brilliantly,” said Dyche. “He’s a lovely fella and I like him on and off the pitch. I respect him as a brilliant player and I really hope he gets the golden glove.”