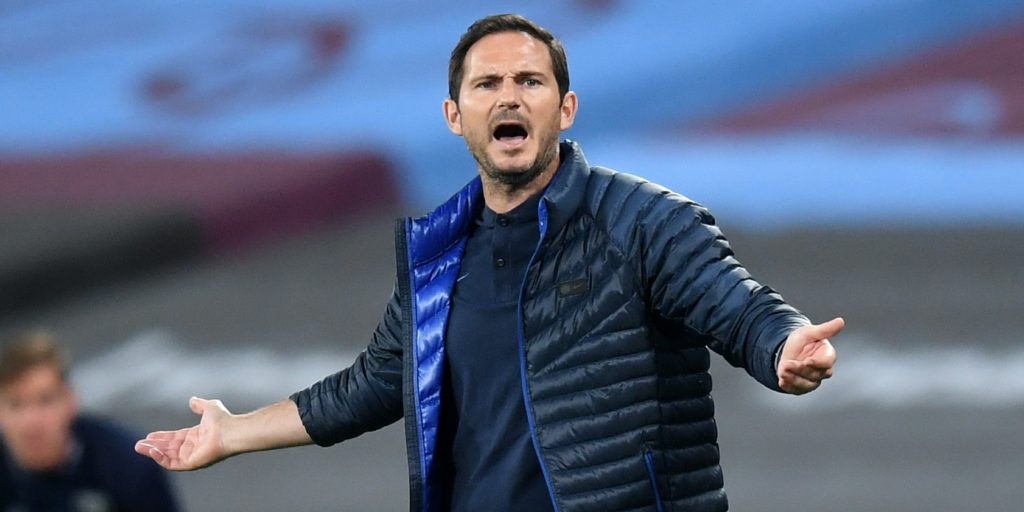 The west Londoners have leaked 54 goals in 37 Premier League matches this term despite sitting in fourth place.

Frank Lampard has admitted he must solve Chelsea’s defensive shortcomings to become a “top coach” at Stamford Bridge.

The Blues boss has insisted he has the ability to solidify his rearguard in the long-term, despite the west Londoners leaking 54 goals in 37 Premier League matches this term.

Chelsea need just a point against Wolves on Sunday to seal a top-four finish and Champions League qualification, but the Blues’ instability has proved a constant blight on the campaign.

Lampard will overhaul his squad this summer, with a left-back and a centre-back among the priority recruits, and the former England midfielder believes he already knows what changes he wants to make, whether to system or personnel.

“I think if you want to become a top coach you have to try to be very aware of all parts of the pitch,” said Lampard.

“Some of the greatest coaches will come from different positions on the pitch, it’s more how aware you are of how you want your team to be collectively, and how you work with them individually.

“And we have a coaching staff as a group which we work very hard to try to be as defensively good as we can be, of course.

“There are lots of mitigating circumstances around that, we’ve conceded too many goals, I’m very aware of it.

“I feel like I know a lot of the reasons why, and we need to keep working to make sure that we get that down.

“When we look at the two domestic games ahead of us, and importantly as well when we look onto next season and onwards.!

Chelsea were 3-0 down at half-time at Liverpool on Wednesday, rallied with three goals after the break to make a fist of the tie – but wound up losing 5-3.

For now, Chelsea will hope the likes of the in-form Christian Pulisic can help seal Champions League football, and then defeat Arsenal in the FA Cup final.

Whatever the craved defensive improvements, Lampard maintained he will still tell his men to chase victory on Sunday – even though a draw would be sufficient for Champions League qualification.

“So we’ll do that, prepare right, respect our opponent.

“Wolves are obviously a very good opponent, we’ve seen that all season in the league.

“So no, we prepare to try to win the game, we’re aware of the situation, but we try and win.”