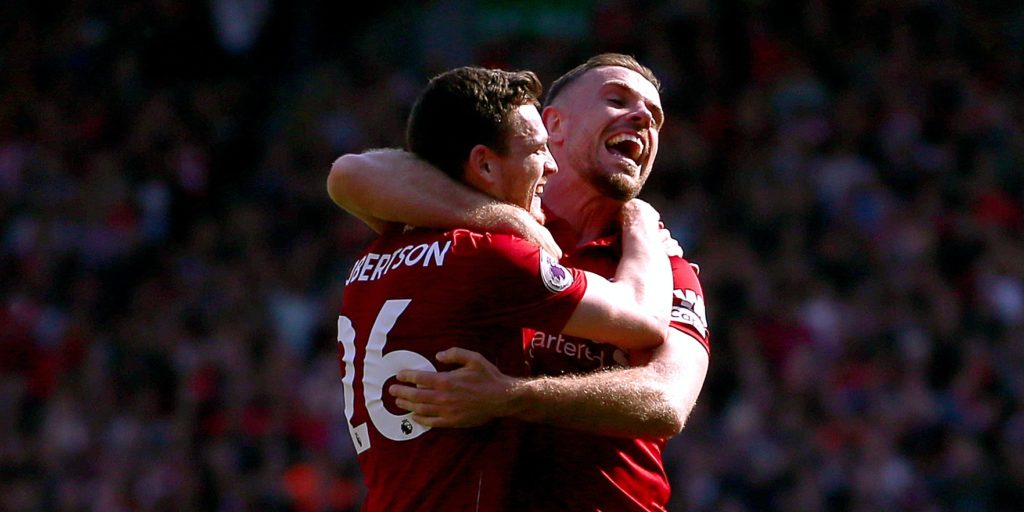 The Newcastle boss played a part in the development of both players.

Steve Bruce will take great pride when he sees Jordan Henderson and Andy Robertson line up against Newcastle on Sunday as Premier League winners.

The Magpies’ head coach played a key role in the formative stages of the careers of both men, handing current Reds skipper Henderson his first top-flight start as a teenager at Sunderland and giving Scotland international Robertson his chance in England at Hull.

Henderson, who was on Friday named the Football Writers’ Association’s Footballer of the Year, and Robertson picked up league winners’ medals on Wednesday night to go with last season’s Champions League mementos, much to Bruce’s delight.

He said: “One of the most enjoyable parts of the job is seeing a young fella who you give a debut to or you buy and see them progress.

“Certainly Jordan – he had all the traits of leadership when he was 18. That’s why I put him in the team.

“I remember him right out in front in the running and dropping back to try to help people who were struggling a bit with a little few words, even when he was 18.

“It’s the pleasing aspect of the job and when I see him now lifting the Premier League trophy, captain of Liverpool, captain of England, I’m absolutely delighted.

“The same goes for Robertson, who we took to Hull. I remember his first day walking in with his mam and dad – I thought I’d signed a schoolboy. I didn’t think he would go on to be arguably the best left-back in Europe, maybe the world.

“The good part of the job is helping these lads along the way and watching them mature, and certainly with Jordan, I’m absolutely delighted. I’m delighted for him and Robbo. They’ve done fantastically well.”

The days when silverware regularly occupied the St James’ Park trophy cabinet are a distant memory – it has remained locked since 1969 – but Bruce, who like the club’s fans is still awaiting news on the takeover front, insists mere survival is not for him.

He said: “It’s vitally important that we keep improving. We’ve done OK but let’s remember we can’t be just happy that seven people are below us, even though probably I would have taken that at the start.”