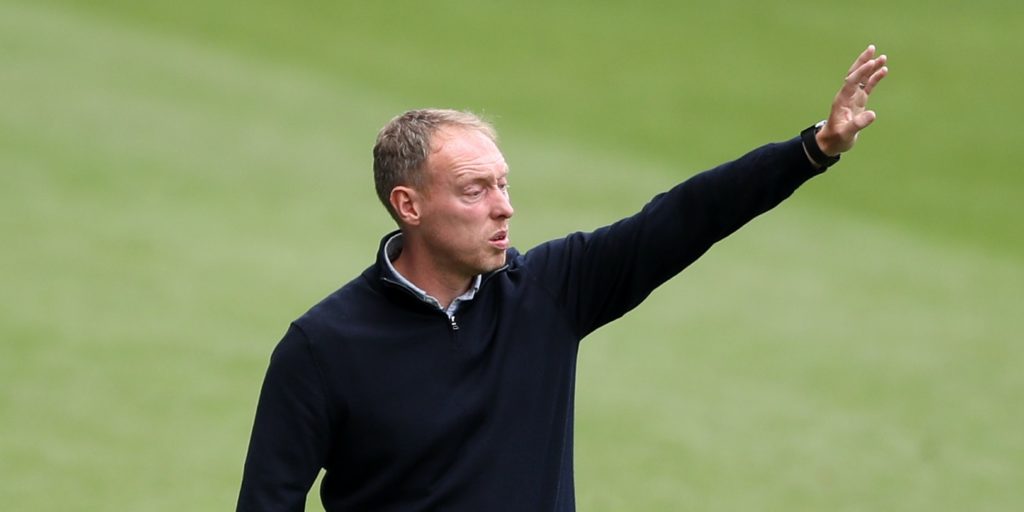 The Swans clinched sixth spot on a dramatic night of midweek action in the Championship and will next face the Bees.

The Swans moved into the play-off places in memorable fashion on Wednesday, winning 4-1 at Reading while Nottingham Forest lost by the same scoreline against Stoke to ensure the Welsh club clinched sixth place on goal difference.

Brentford, however, missed the chance to replace West Brom in the automatic promotion spots when they were beaten 2-1 by Barnsley, with the Baggies held 2-2 at QPR.

When asked about Swansea’s chances, Cooper told the club website: “We’re definitely in a good place, that’s for sure, not just obviously the way we secured the play-off place – which was a bit unique to say the least – but ever since we returned in our first game against Middlesbrough.

“We’ve played – apart from one game – really well, we’ve scored a lot of goals, we looked defensively well set-up and our confidence is high, it’s no secret.

“We always believe in what we do anyway but that’s never more than how it feels at the moment because of obviously the results that we’ve got and the way that we’re playing.”

Brentford’s front three of Ollie Watkins, Said Benrahma and Bryan Mbuemo have scored 57 goals between them this year, with the second leg taking on added importance as it will be the Bees’ last match at Griffin Park.

Cooper said: “It’s no easy feat to get into the play-offs, and they’re there at the top end of the play-off positions.

“So, to do that, you need to have quality all over the pitch – it’s such a tough league, you can see the teams that haven’t even got into the play-offs, actually playing against them they’re really tough games and they’ve got a lot of experienced players.

“So, Brentford have been at the top end of the table for most of the season and there’s obviously reasons for that and we need to of course be aware of their strengths but at the same time back our own strengths.

“More than anything this period is about belief and confidence and that’s what we’re going to be focused on.”