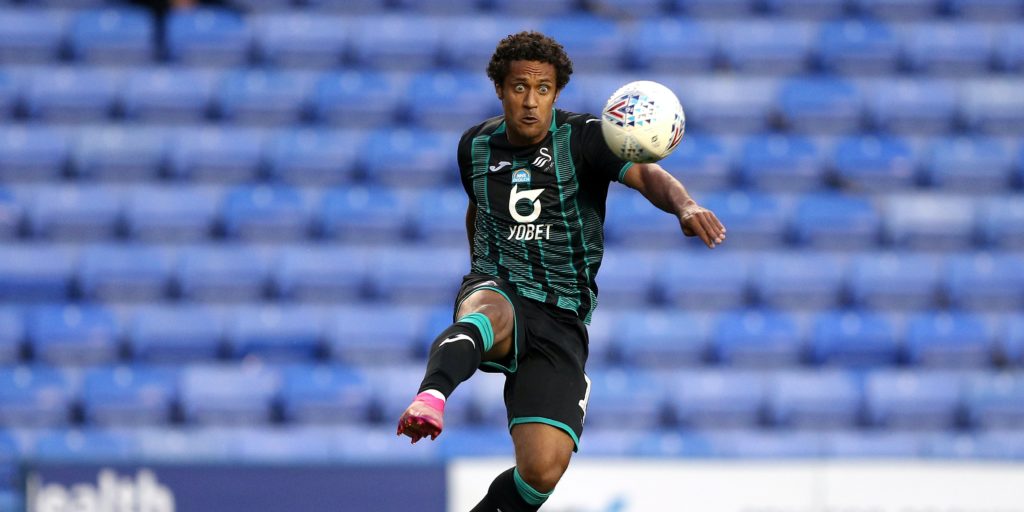 The veteran scored twice in the 4-1 win over Reading that saw the Swans secure a play-off spot.

Swansea will assess Wayne Routledge ahead of the first leg of the Sky Bet Championship play-off semi-final against Brentford on Sunday.

Routledge hopes to overcome a calf strain sustained in the closing stages of Wednesday’s 4-1 win at Reading, in which the veteran wideman scored twice.

Defender Mike Van Der Hoorn will also be monitored after limping off at Reading, while Kyle Naughton is suspended.

Goalkeeper Freddie Woodman (hip) and George Byers (ankle) will miss the first leg but have not been ruled out of the Griffin Park return on Wednesday.

Brentford are at full strength after two successive defeats cost them automatic promotion.

The vaunted ‘BMW’ strikeforce of Said Benrahma, Bryan Mbeumo and Ollie Watkins are set to start in the bid to improve on their combined 57-goal tally this season.