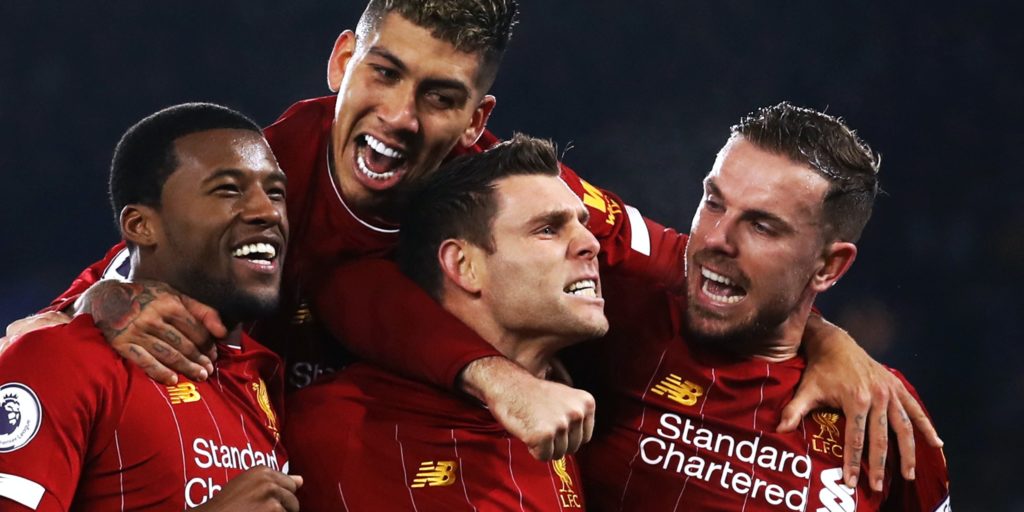 Here, the PA news agency looks back at some of this season’s most memorable moments.

Liverpool’s 3-1 defeat of reigning champions Manchester City at Anfield in November last year was hugely significant and Reds fans will cherish the 5-2 dismantling of derby rivals Everton a month later. But any lingering doubts over their 30-year title wait were blown away at their closest challengers at the time Leicester on Boxing Day when Jurgen Klopp’s side delivered a masterclass to win 4-0 and extend their lead at the top to 13 points.

The day football did not matter

Elite football in Britain was suspended on March 13 amid fears the season could be cancelled altogether. The 2019-20 campaign has since been defined by the coronavirus outbreak as much as Liverpool’s relentless brilliance. The pandemic forced an unprecedented 100-day shutdown and is set to cost the Premier League GBP 1billion in reduced revenues, according to Deloitte. The top flight resumed on June 17, but not as we knew it.

Leicester rewrote the record books at St Mary’s in October when drubbing Southampton 9-0. It was the joint-biggest victory in Premier League history – equalling Manchester United’s 9-0 home win against Ipswich in 1995 – and the largest win by an away side in the top flight. Foxes pair Jamie Vardy and Ayoze Perez became only the second players to score hat-tricks for the same side in a Premier League game after Arsenal’s Jermaine Pennant and Robert Pires in 2003, coincidentally against Southampton.

Sergio Aguero fired a hat-trick during Manchester City’s 6-1 win at Aston Villa in January to become the Premier League’s highest-scoring overseas player. His 12th hat-trick – also a Premier League record – lifted him above Thierry Henry, level with Frank Lampard on 177 and behind only Alan Shearer, Wayne Rooney and Andy Cole on the all-time list. The Argentinian is currently on 180, some way short of Shearer’s record total of 260.

The video assistant referee has been central to plenty of controversial decisions since its introduction this season, but none more so than Sheffield United’s disallowed goal at Aston Vila in the first match back after the Premier League restarted in June. Oliver Norwood’s free-kick clearly crossed the goal-line, but referee Michael Oliver did not receive a signal to indicate a goal. Hawk-Eye said it “unreservedly apologised” and added it was the first time such an error had occurred in more than 9,000 matches using the system.

Watford ended Liverpool’s bid to remain unbeaten for an entire Premier League season in stunning fashion by beating them 3-0 in February. Jurgen Klopp’s side had won their previous 18 league games and would have sealed the longest winning run in top-flight history had they won at Vicarage Road. Ismaila Sarr scored twice in the second half and Hornets captain Troy Deeney added a third. It made little difference to Liverpool’s title charge as defeat left them 22 points clear at the summit.

Tearful West Ham goalkeeper David Martin hugging dad Alvin after keeping a keeping a clean sheet on his Premier League debut against Chelsea stirred the emotions. But perhaps the most memorable individual moment was provided by Matty Longstaff’s winner on his Newcastle debut against Manchester United. The sight of the teenager celebrating his goal at St James’ Park with his brother, midfield partner Sean, and the rest of his team-mates was the stuff dreams are made of.