Bournemouth relegated from Premier League despite winning at Everton 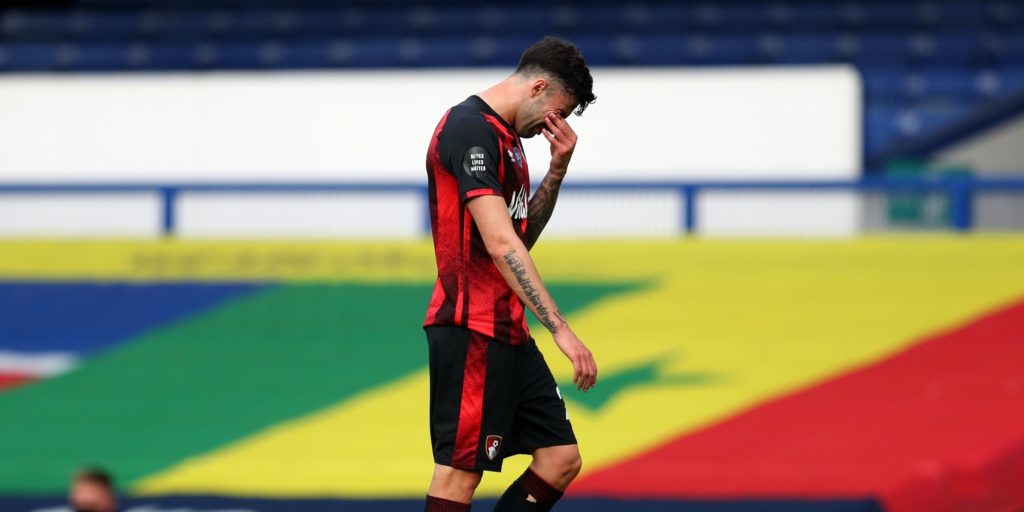 Bournemouth’s 3-1 victory at Everton was too little, too late as their five-year stay in the Premier League came to an end at Goodison Park.

The Cherries needed to win and hope Aston Villa and Watford both lost but despite the Hornets going down at Arsenal, Villa’s draw at West Ham meant that at no point did Eddie Howe’s side move out of the bottom three all afternoon.

Goals from Josh King and former Liverpool striker Dominic Solanke either side of Moise Kean’s equaliser – the striker’s first goal since his last Premier League start in January – and a late one from Junior Stanislas after a Jordan Pickford error ended Everton’s 11-match unbeaten home run.

However, there was no favour from the Hammers, whose game against Bournemouth’s relegation rivals ended 1-1 and by the time the whistle had blown in that game Howe and his players had already trudged slowly off to the dressing room heading for the Sky Bet Championship.

A second win in their last five matches was not enough to save the south-coast club, whose nine league wins this season highlight just how poor a campaign it has been.

That paltry return equalled the club’s record of fewest victories set in 1933-34 when they were in Third Division South.

They have conceded 65 goals this season and the ease with which Everton, with nothing to play for and barely in the game, scored their equaliser highlighted one of their major flaws.

Neither team’s defence at Goodison Park looked particularly convincing and that played into Bournemouth’s hands with Howe picking an attacking side as Solanke came in to join fellow forwards King and Callum Wilson.

They would have been ahead before King’s 13th-minute penalty had England goalkeeper Pickford not stuck up a hand to deny Wilson when clean through.

It was another hand – that of Toffees forward Richarlison who panicked defending a free-kick in a crowded penalty area – which gave the visitors their lead but a second handball appeal against Lucas Digne was turned down by VAR.

But despite their pressure they allowed Everton back into the game four minutes before the break when a rare incisive passing move saw Seamus Coleman tee up Theo Walcott, who had earlier shot at the legs of goalkeeper Aaron Ramsdale, to cross for the unmarked Kean to sidefoot home only his second of the season.

But slack defending in added time saw Jefferson Lerma and Solanke both go up for Diego Rico’s outswinging free-kick with the latter getting the decisive touch to divert it inside the far post.

Midway through the second half veteran Leighton Baines came on for what could potentially be his farewell appearance after a 13-year stay and almost 400 matches as he is out of contract and the Toffees have so far failed to persuade him to sign a one-year extension.

The 35-year-old has played just 17 times in the last two seasons as Digne has taken over as first-choice and, while that has been a positive change, there are likely to be more required by Carlo Ancelotti in the summer.

He was looking to sign off by becoming the first Everton manager to win his first 10 home matches but instead had to witness the club’s lowest league finish (12th) since 2003-04.

The damage was not done on his watch – he took over a team which predecessor Marco Silva had taken into the relegation zone before his sacking in early December – but he still has plenty of work to do and needs backing in the transfer window.

Everton’s weak underbelly was exposed for Bournemouth’s third goal with substitute Stanislas cutting in from the left and running unchallenged into the area before sliding in a shot which Pickford, who has come under scrutiny several times this season, allowed to creep under his body.