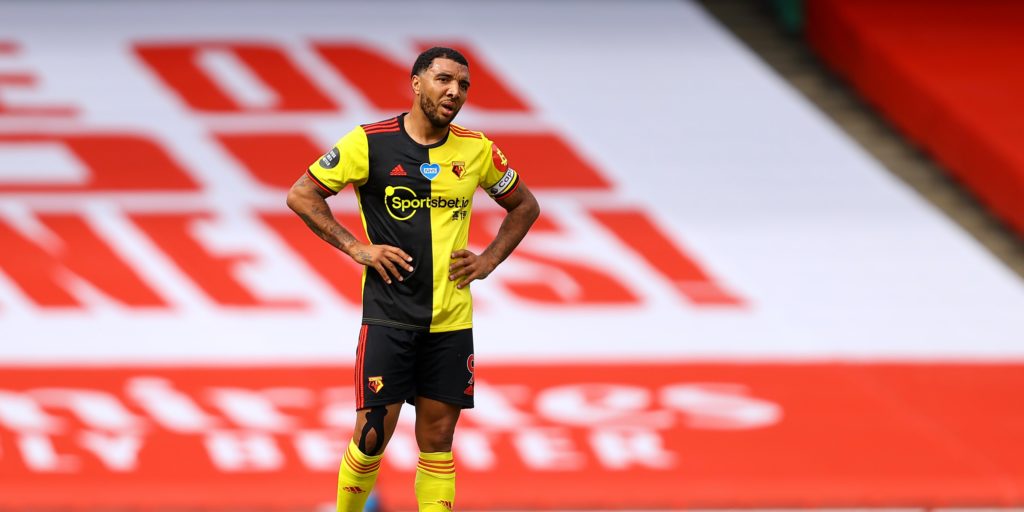 Watford endured a disastrous start at the Emirates Stadium before rallying back to lose 3-2.

Watford captain Troy Deeney admits he could have played his last game for the club – but that the Hornets were not good enough over the course of the season as their Premier League relegation was confirmed with defeat at Arsenal.

Knowing their fate was out of their hands, Watford endured a disastrous start at the Emirates Stadium and found themselves three goals behind with just 33 minutes on the clock – rallying back to lose 3-2.

Pierre-Emerick Aubameyang struck either side of Kieran Tierney’s first goal for the club before a Deeney penalty and a Danny Welbeck strike gave Watford hope.

But it was not enough to extend the club’s five-year stay in the top flight as they join Bournemouth and Norwich in dropping into the Sky Bet Championship next season.

Deeney, who revealed he would undergo surgery on a troublesome knee in the coming days, conceded he was unsure of his immediate future.

“I will be having a knee operation next week,” he told Sky Sports.

“Clubs can go in different directions and players can. If that is my last game, I am happy I went out on my shield.

“I am a simple man. Did I go out and do everything I could? Yes. Was it good enough? No.”

Speaking about the campaign as a whole, Deeney added: “This is a reflection of the whole year. (We have) not quite been good enough. It’s heartbreaking for the people who work behind the scenes and we feel sorry for them.

“As a club and as a community we will go again. Ultimately we have not been good enough, there’s no point dancing around it.

Arsenal may have got the three points which assured them of an eighth-placed finish, albeit their lowest since 1995, but they will have to be better to beat Chelsea in the FA Cup final next weekend.

Head coach Mikel Arteta had already ruled Shkodran Mustafi out of the final but feels the Gunners may have to delve into the transfer market after the defender’s hamstring injury was worse than originally feared.

Arteta believes the Germany international will miss the start of the new season on September 12, joining fellow defenders Calum Chambers and Pablo Mari in the treatment room.

While Arsenal do have William Saliba available for the new campaign after a season on loan at St Etienne, Arteta stressed the need to make sure he has enough cover at the back.

Asked if Mustafi would be out long-term, he replied: “I think so. It looks a really nasty injury again.

“We have lost Calum Chambers the week after I arrived here, we lost Pablo as well for three months.

“Now we’ve lost Musti so at the back we’re really touched and short. Musti has been playing really consistently and at a really good level with me.

“He pulled the tendon off the bone in his hamstring and that’s normally a lot of weeks.

“I already mentioned three central defenders that are not available and we haven’t had them available for a long time during the season. And we will have to address that.”