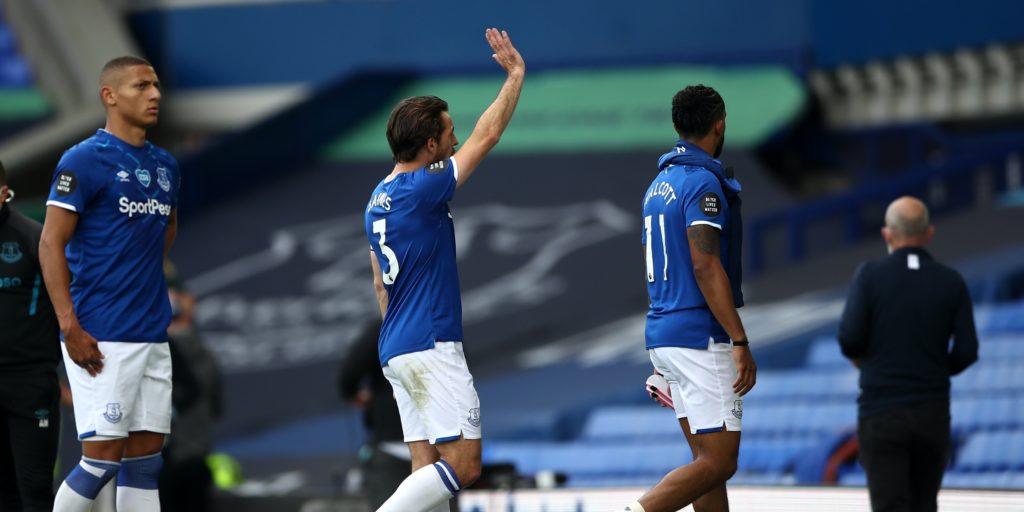 The 35-year-old called time on his playing career after his 420th and final appearance for the Toffees.

Everton defender Leighton Baines admits he found it difficult to make the decision to retire.

The 35-year-old called time on his playing career after his 420th and final appearance for the Toffees in the 3-1 defeat at home to Bournemouth.

“I am incredibly proud to have represented Everton for the past 13 years and my decision to retire has been a difficult one to make,” he said in a message to fans on the club’s official website.

“After speaking to my family, I feel now is the right time to end my playing career but I do so with many great memories at this proud football club.

“As someone from the city, Everton means so much to me and it has been an honour to be part of the club for so long.

“I would like to thank everyone who has supported me during my time at Everton, especially the fans who have been fantastic with me from the moment I signed.”

Baines joined from Wigan in 2007 and went on to win 30 England caps during his time at Goodison Park, appearing at the 2014 World Cup in Brazil.

However, he has played just 17 times in the last two seasons as Lucas Digne took over as first-choice left-back.

He was out of contract at the end of the season and despite the club offering him the chance to extend it by 12 months, he has taken the decision to retire, although manager Carlo Ancelotti remains hopeful he can be persuaded to remain in some capacity.

“I am grateful to say thanks to him, I had only the last six months of his fantastic career and I found a fantastic player still,” said the Italian.

“I asked him to continue but he decided to stop. Everyone at the club has to be grateful to him.

“We have time to think about a new role. We would like to know what he would like to do in the future and the fact he can stay with us will be a good opportunity to use his knowledge and his experience and for him also his new future.

“He didn’t talk to me but he has some days to think about this.”