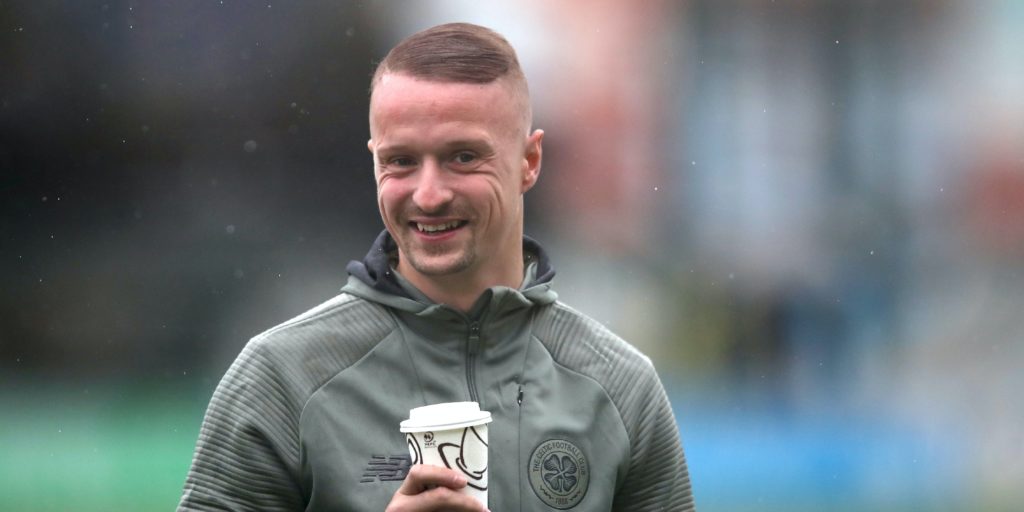 Griffiths is set to feature in Monday’s friendly against Hibernian.

Celtic manager Neil Lennon has praised the reaction of Leigh Griffiths to his fitness ultimatum and hopes his squad can be further boosted in the transfer market this week.

Griffiths will feature in Monday’s pre-season fixture against Hibernian after Lennon gave 90 minutes to most of his probable season-opener starting XI in a 2-0 friendly win over Ross County.

Only Greg Taylor went off, with an injury which is unlikely to keep him out of Celtic’s first Scottish Premiership clash, against Hamilton next Sunday.

Griffiths stayed behind while Celtic played three games in France after reporting for pre-season training out of shape but the striker is now not far away from where Lennon wants him to be.

“Listen, while I gave him a bit of criticism while I was away, I have nothing but praise for him today because he has got himself in great condition,” he said.

“He probably needs a bit of time in terms of his football but in terms of what I have asked him to do and in terms of his conditioning, I am very, very happy with the condition he is in, so he will get some game time tomorrow (Monday).

“It’s a great boost. It’s the minimum requirement now. He’s got himself to a really good level so it’s important he maintains that because he will be an asset for us.”

Celtic have been linked with Peterborough striker Ivan Toney with head of football operations Nick Hammond reportedly negotiating a fee with the Sky Bet League One club.

Lennon also appears to be closing in on a goalkeeper with Scott Bain his only experienced number one.

The Celtic boss said: “I’ve nothing at the minute, no confirmation on anything. Nick is here so I will get a chat with him later on to see where we are with a few things.

“I’m hoping to add to the squad, there’s no question of that. Hopefully this week we’ll see a couple of those come to fruition. (Goalkeeper) possibly, centre-forward possibly, a few other positions possibly. We will see, sometimes these things take a bit of time.”

The 22-year-old played against his team-mates as a trialist for County ahead of a new temporary move following two seasons at Ayr.

Kettlewell said: “We know him well, we saw what he did on loan at Ayr. I think he will be on the (Celtic) bench on Monday for the game against Hibs and then we hope we can get something done probably Tuesday and integrate him for the start of the season.

“That will be us, Ross has been top of our list for a period of time. It’s been pending for three or four weeks but we knew we had to get to a stage where Celtic are looking to bring someone else in and that would trigger us getting Ross.”

“He thinks he should be OK,” Lennon said. “It’s a trauma knock and we are hoping he will be fit to resume training on Wednesday or Thursday. He was a little bit sore but it seems to have settled a little bit.

“It will depend on the swelling over the next couple of days but he should be OK for the weekend.”