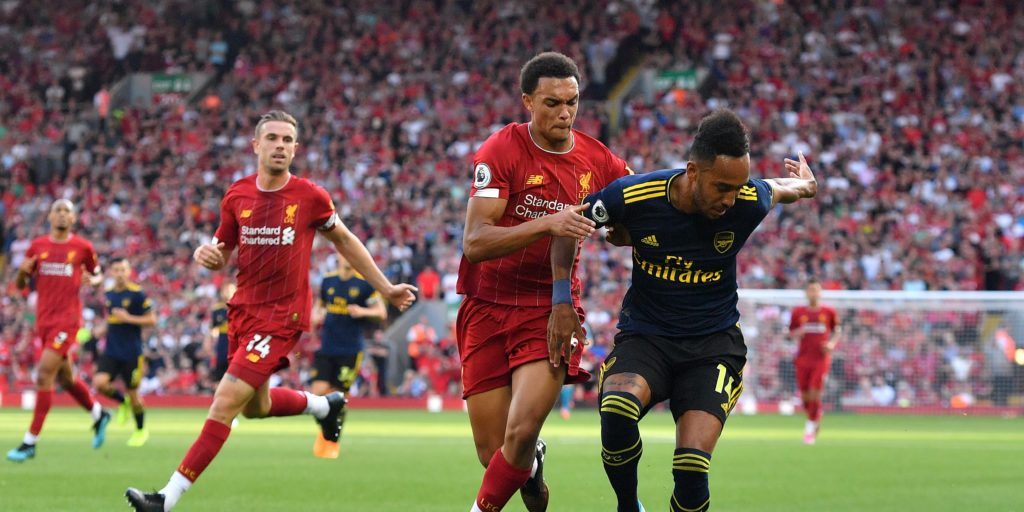 The Premier League season finally drew to a close on Sunday with Liverpool’s first title in 30 years having been sealed a month ago.

Here, the PA news agency takes a look at the men who have lit up England’s top flight during the most unusual of campaigns.

Keeper Nick Pope has been a key figure in Burnley’s creditable top-half finish. The 28-year-old England international battled with Ederson for the Premier League Golden Glove until the final match but fell one short of the trophy as he recorded 15 clean sheets.

It would be easy to forget that England full-back Trent Alexander Arnold was only 21 years old at the start of the campaign, such is the impact he has made since bursting into the Liverpool team. Defensively tenacious and hugely productive going forward, he is maturing by the week under Jurgen Klopp.

Jonny Evans cost Leicester just GBP 3.5million during the summer of 2018, and the Northern Ireland international has proved to be a spectacular bargain. The 32-year-old started all 38 league games and finished all but three of them, forming a formidable central defensive partnership with Caglar Soyuncu.

Virgil Van Dijk’s form last season as Liverpool were crowned European champions was always going to be difficult to match, and the 29-year-old Holland star has perhaps dipped slightly below the highest of standards he set for himself this time around. However, he has remained an immense presence and calming influence at the heart of Klopp’s defence.

Scotland left-back Andy Robertson has made himself an integral part of Liverpool’s finely-tuned machine. A defender who likes defending, the 26-year-old is equally adept going forward and like Alexander-Arnold, provides a crucial supply line.

Perhaps an unsung hero outside the red half of Liverpool – and even the Anfield faithful took some persuading initially – 30-year-old Reds captain Jordan Henderson has led from the front. A tireless midfielder whose ability on the ball and leadership skills are valued not only by Klopp, but also by England boss Gareth Southgate.

There are few remaining superlatives to describe midfielder Kevin De Bruyne, a man who sees passes others do not and who has the ability to deliver them with pinpoint accuracy. Manchester City have been indebted to the 29-year-old Belgium international for his assists, in which he equalled Thierry Henry’s Premier League record of 20 in a single season, and goals as he has taken midfield play to new levels.

Raheem Sterling’s development as a player has continued apace and a second successive hugely impressive season for both Manchester City and England has simply enhanced his reputation. The 25-year-old’s influence has grown too off the pitch, where he has become a passionate campaigner for equality.

Perhaps the least vaunted of Liverpool’s attacking triumvirate, 28-year-old Mane has produced a level of consistency this season which has arguably edged him ahead of Mohamed Salah and Roberto Firmino in terms of effective contribution. He has provided goals, assists, pace and invention and his team has thrived as a result.

At 33, Jamie Vardy may be approaching the autumn of his career, but his potency is not waning. He heads into the final weekend of the campaign at the top of the Premier League goalscoring charts with 23 and having joined the 100 club with his strike against Crystal Palace on July 4.

It may have been a difficult season for Arsenal, who finished eighth, but 31-year-old Gabon striker Pierre-Emerick Aubameyang has been a shining light for the Gunners. Without his 22 league goals, Mikel Arteta’s men would have been significantly worse off.