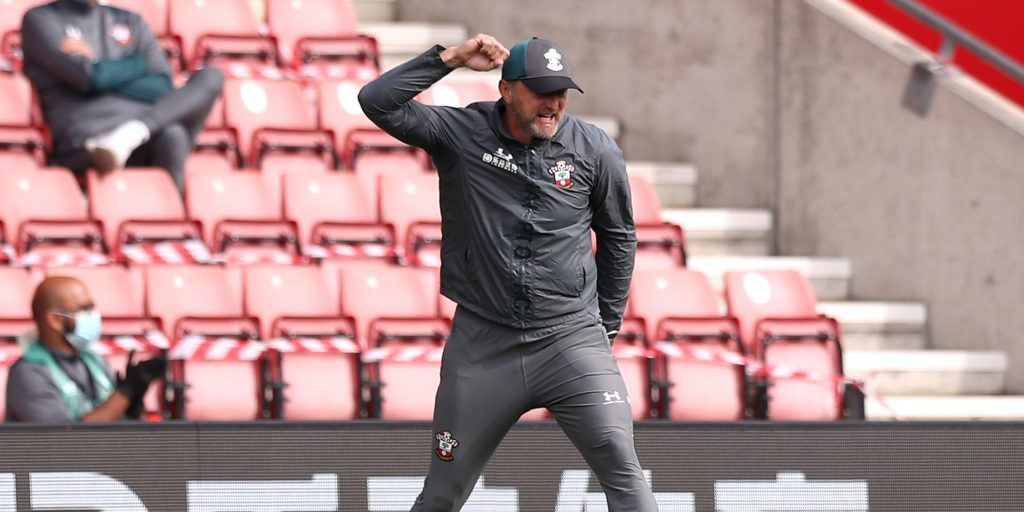 Saints have lost just once since play resumed after the coronavirus suspension.

Understandably tipped for relegation following October’s 9-0 St Mary’s shellacking at the hands of Leicester, Saints have reaped the benefits of sticking with their Austrian manager and his principles.

Saints have lost just once since play resumed after the coronavirus suspension and ended the season in 11th thanks to Sunday’s 3-1 win against the Blades.

Having seen John Lundstram put the visitors ahead, Adams’ second-half brace turned things around before Danny Ings wrapped up victory from the penalty spot.

“It’s not only hope but also a confidence that what we are doing is the right thing, especially with the ball,” Hasenhuttl said. “I saw today a team who was really patient and waiting for the right moment.

“The second half was a fantastic performance against deep defending.

“We deserved to win 3-1. It can even be higher normally.

“It’s not easy to create that many chances against such a good defence.

“I don’t think they conceded a lot of goals this season, so with the ball it was one of our best performances this season.

“It’s amazing, especially after lockdown. What we did was unbelievable.

“The way we play in the moment means it’s not a coincidence we are winning games.

“We are very strong and if we keep working like this and come back fitter after the break… and you can see the team is learning quick.

“Wins give you self-confidence, but we must also play like this when we have pressure.

“The players are really enjoying it.”

Hasenhuttl was not willing to talk about the future of Pierre-Emile Hojbjerg after omitting the former captain from his matchday squad, but the Saints boss was far more forthcoming about improving Adams.

“It was absolutely important for him to score now after the break,” Hasenhuttl said of the forward.

“We always knew that he could help us in the future. It seems he gets more and more adapted to our game.”

Chris Wilder was frustrated that the Blades failed to put the game to bed during the first half, bemoaning the fact “they’ve punished us and we’ve not punished them”.

But the United boss is keeping things in perspective at St Mary’s having led his promoted side to ninth place and 54 points.

“Knowing what the Premier League’s about and knowing it’s possibly not only the strongest division in Europe but possibly the world and we’ve finished ninth ahead of some giant football clubs that have been in and around the Premier League for years and invested (money for) years,” Wilder said.

“We’ve come in and I’m proud of the way we’ve approached it and we’ve attacked it.

“I think we’ve represented the football club in a brilliant fashion.

“I don’t think we can be too critical of what’s happened.

“It feels a really long season, obviously it felt that way for a few of the players.

“We’re just short and we need to improve if we want to move forward or definitely compete in this division because everybody else will and that’s the key.

“Players go away feeling the disappointment inside them and come back hopefully hungry for more and having to all up our game as well.”