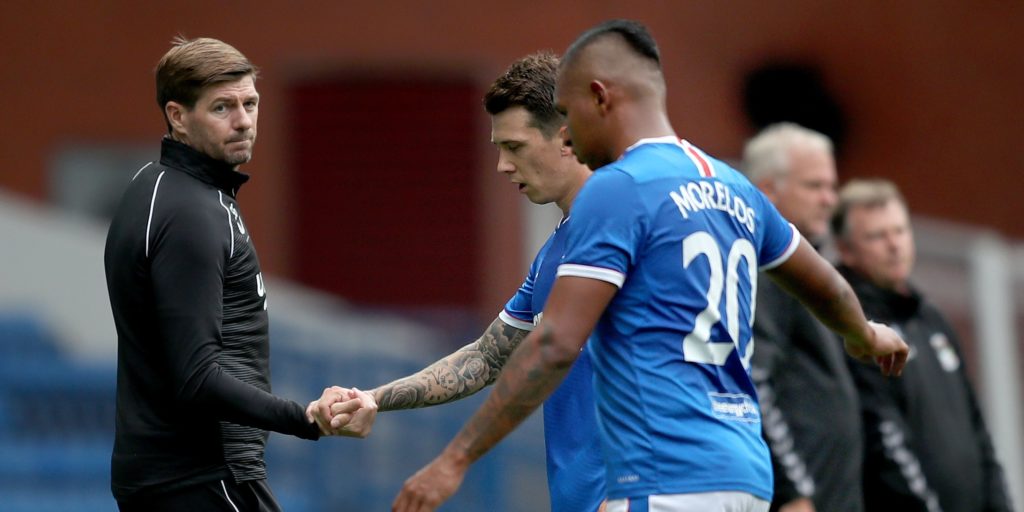 Reports on Sunday suggested that the Colombian striker had agreed personal terms with the Ligue 1 club.

Rangers have knocked back Lille’s opening offer for Alfredo Morelos – with the French club’s bid for the Colombian “some way short” of the Ibrox outfit’s valuation, the PA news agency understands.

Reports on Sunday suggested Gers boss Steven Gerrard was bracing himself to say goodbye to his talisman amid speculation that Lille have agreed personal terms with the striker.

The report originated in France with television network RMC Sport claiming that both clubs were moving towards agreeing a transfer deal.

But the PA news agency has been told that while a bid has been submitted, it is nowhere close to the sum the Light Blues are looking for and no further talks are planned.

Lille finished fourth in Ligue 1 last season and are about to pocket a reported GBP 55million fee for Napoli-bound striker Victor Osimhen.

Morelos has three years left on his Ibrox deal but has never hidden his desire to play in a richer league than the Scottish Premiership.

The Colombia international scored 28 of his 29 goals last season before New Year and was sent off twice in quick succession in late December.

The 24-year-old has cut a frustrated figure at times during pre-season and a sale could allow Steven Gerrard to strengthen his team.

Speaking after a 2-0 pre-season victory over Coventry on Saturday, Gerrard said: “We need more. I have told the club that, I’ve been honest and open with what I feel we need.

“We need to add players into the XI to make us stronger and then, naturally, that will make the squad stronger. At the moment, we still need to get people in the door.”

However, Gerrard already had a shortage of strikers heading into Saturday’s opening Scottish Premiership encounter against Aberdeen at Pittodrie.

Jermain Defoe picked up a hamstring injury last week and is expected to be out for at least two weeks, while there has been no direct replacement following the end of Hibernian forward Florian Kamberi’s loan spell.

Speaking about his forward line on Saturday, Gerrard said: “That’s the one area that’s giving me a slight concern as we haven’t got enough numbers in that area. But we are actively looking to try to add in that area.”

The likes of Greg Stewart and Jamie Murphy have played upfront previously in their careers, although they normally play on the wing or just behind the striker.