Sadio Mane helps Liverpool come from behind to win at Newcastle 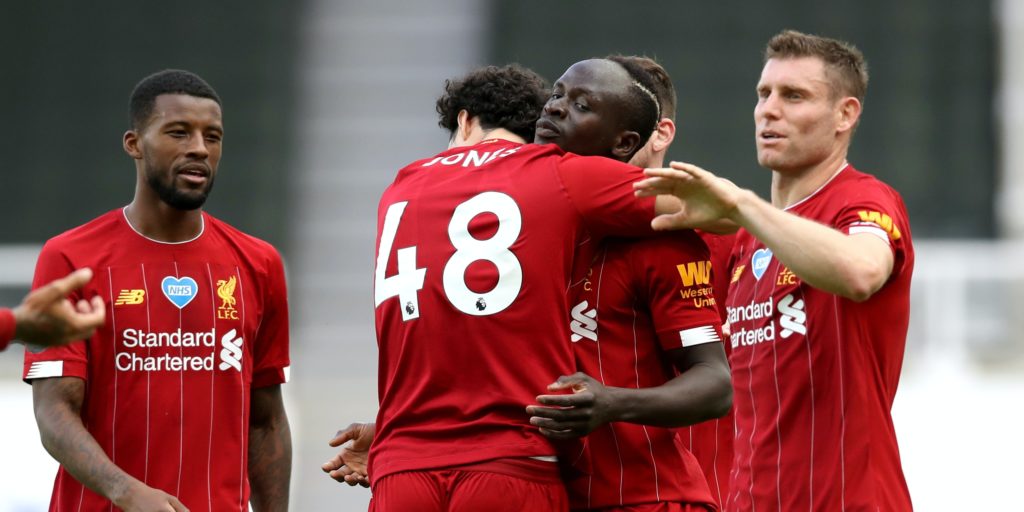 The champions had to come from behind to claim victory on Tyneside.

Sadio Mane came off the bench to cement a comeback victory at Newcastle as champions Liverpool set a new club record of 99 Premier League points for the season.

Trailing to Dwight Gayle’s opportunist strike after just 24 seconds, Jurgen Klopp’s men levelled through Virgil Van Dijk before the break and then won it 3-1 courtesy of Divock Origi’s 59th-minute missile and Mane’s fine curling effort at the death to claim a 32nd league victory of the campaign.

The depleted Magpies worked hard throughout, but found themselves increasingly stretched as Klopp belatedly turned to his big guns with time running down.

If even a much-changed Liverpool side arrived expecting, like many disgruntled Newcastle fans, a straightforward afternoon on Tyneside, they were soon disabused of the notion.

The Magpies were awarded a free-kick on halfway and the quick-thinking Jonjo Shelvey chipped the ball into the path of the equally alert Gayle, who stabbed if deftly passed the advancing Alisson Becker to open the scoring, although only after a lengthy VAR check for offside.

Klopp’s men quickly settled into the game after the early setback to dominate possession, although without ever looking like breaking through the massed ranks of black and white shirts ahead of them.

However, only keeper Martin Dubravka’s fingertips prevented Minamino from levelling with a long-range 29th-minute piledriver.

The respite proved to be temporary as Liverpool finally levelled with seven minutes of the half remaining.

Alex Oxlade-Chamberlain worked his way into the space between wing-back Matt Ritchie and Rose down the right before lofting a cross into the middle for Van Dijk to rise and loop a header over the helpless Dubravka.

Oxlade-Chamberlain and Minamino both chances their arm from distance as half-time approached, but the sides were still locked together when the whistle sounded.

Reds full-back Neco Williams fired high and wide and Van Dijk headed a Milner corner straight at the keeper as the champions returned in determined fashion, but Sean Longstaff sent a raking effort just wide at the other end after linking well with fellow substitute Joelinton and Shelvey.

The visitors went ahead with 59 minutes gone when Origi shifted the ball on to his right foot on the left side of the penalty area before smashing a swerving shot past Dubravka and inside the far post.

Origi, Minamino and Oxlade-Chamberlain swiftly made way for Mohamed Salah, Mane and Roberto Firmino, and Salah almost announced his arrival in style when he rattled the post with a powerfully-struck attempt before Mane sealed the win with a fine 89th-minute finish.