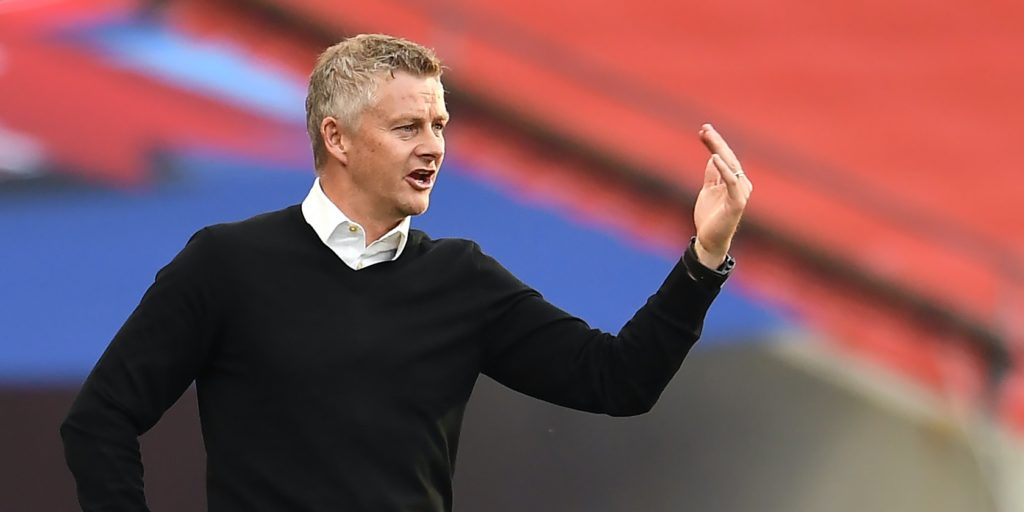 United finished third after a 2-0 win at Leicester on Sunday.

Bruno Fernandes’ penalty and a goal from Jesse Lingard sealed third in the Premier League after a 2-0 final-day win at Leicester.

It ended a one-year exile from Europe’s top table and left the Foxes having to settle for fifth place and the Europa League.

Jonny Evans was sent off late on against his former club to add to Leicester’s woes.

But victory left Solskjaer expecting improvement from United after they were tipped to miss out on the top four at the start of the season.

He said: “All the predictions were sixth or seventh. That’s alright. If I’m getting criticised that makes me stronger and believe more in what I’m doing.

“Please don’t praise me too much because you can become complacent. That’s just the way I’m made.

“I believe in what I do and what I’ve been doing. We all have different ideas to management and I do it my way. That’s the only way I can do it. I have a fantastic staff and the players have bought into this.

“Next season with the Champions League instead of the Europa League will be different.

“We want to move up the league table so we can’t take our eye of the league and rest players like in the Europa League, there will be more demands on the players.

“Next season will be even more testing. You have to get used to playing 45 to 50 games for this club every season.

“It’s been a massive achievement, they are incredible. We have come so far as a team and we’re building a culture. To win the game was massive mentally for them as well.”

Victory would have sent Leicester into the top four at United’s expense but – despite edging the contest – mistakes proved costly.

Youri Tielemans, Demarai Gray and Harvey Barnes all went close as Jamie Vardy hit the bar with a flicked header.

Yet the Foxes were outgunned on Sunday and Fernandes struck from the spot after 71 minutes when Evans and Wes Morgan fouled Anthony Martial.

Lingard then wrapped it up in stoppage time when he scored his first goal in the top flight since United beat Cardiff 5-1 in December 2018 – Solskjaer’s first game in charge.

There was little danger when Kasper Schmeichel collected Harvey Barnes’ pass but his attempt to trick his way past Lingard failed and the England man rolled the ball into the empty net.

The Foxes still return to Europe after a three-year gap and their season remains a success despite losing a 14-point lead they held over United in January.

Boss Brendan Rodgers said: “Absolutely, we’re excited by that (Europe). We finished in the second highest league position in the club’s Premier League history. It takes us into Europe and I’m really excited by that.

“It’s that next step for this squad. We’ve arrived a bit earlier than what we thought but the boys have had a very good season.

“I can’t fault their effort and spirit, next year it’s about ambition, improving the quality and this experience will serve us really well.”

Vardy did at least finish as the Premier League’s leading scorer with 23 goals.

Rodgers added: “Since the day I walked through the door he has been brilliant, a real talisman for the team.

“He knows he couldn’t have done it without the team but they know we wouldn’t be where we are without that quality.

“He thoroughly deserves it, to get 23 goals and to finish ahead of some of the world-class strikers shows how well he has done.”