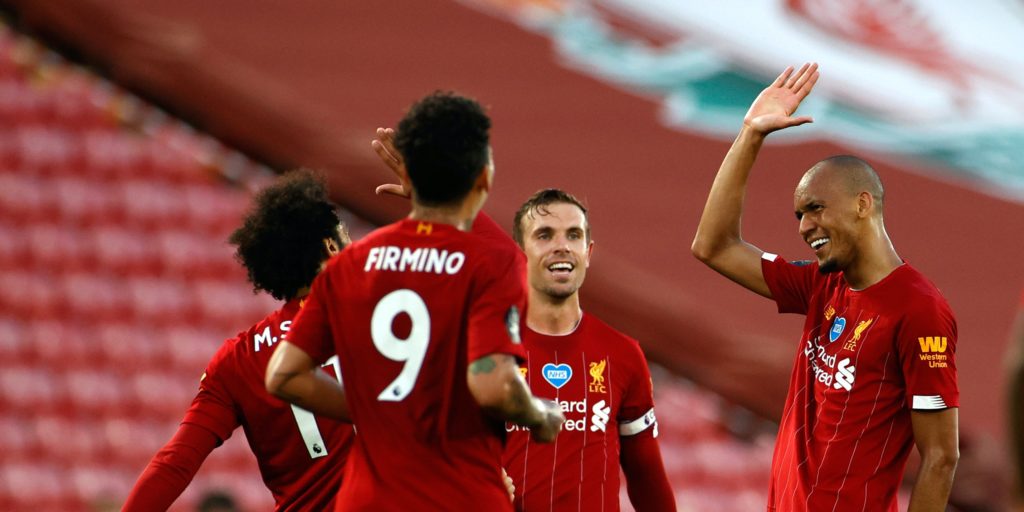 Here, the PA news agency selects a top 10 for the season.

Leicester’s England left-back took two touches, one for control and another to blast home. Ben Foster had no chance in the Watford goal as Chilwell’s angled drive rocketed into the top corner.

The Portugal playmaker transformed United after his January arrival at Old Trafford, not just bringing the best out of his team-mates but also weighing in with goals galore. His second effort at the Amex Stadium capped a flowing team move, with the 25-year-old keeping his composure at the end of a rapid counter-attack to slot home on the volley.

The homegrown Foxes midfielder had no need to break stride as he stepped up and side-footed in off the bar from 20 yards, completing Leicester’s 3-0 win at St James’ Park. A maiden Leicester goal of some quality, and one to remember for the Loughborough-born midfielder.

Liverpool’s right-back helped the eventual champions to an important away victory with a bullet 18-yard strike. Mo Salah played a clever backheel from a free-kick on the edge of the Chelsea area and Alexander-Arnold arrowed an effort into the top corner.

The Brazil midfielder generated stunning power with little to no backlift, thundering home from 30-plus yards. It was even better than the similarly-struck stunner against Manchester City in November, proving both fine goals were based in technique and craft.

Mali international Djenepo pounced on a loose ball 40 yards from goal, eluded three defenders before drilling a low shot past Dean Henderson. It was enough to win the day at Bramall Lane, and a virtuoso effort to light up any contest.

Another stellar season for the Belgium star boiled down to moments of sheer class like this. The 29-year-old chested down on the edge of the area, waited for the ball to sit up – and then cannoned a volley in off the underside of the crossbar.

An outrageous bicycle kick, this acrobatic piece of skill earned the Seagulls a vital point against a frustrated Chelsea on New Year’s Day. The Iran winger left Kepa Arrizabalaga with no chance with one of the most stunning moments of the campaign.

The Egyptian sent Liverpool fans delirious again with a fine piece of interlinking play with team-mate Roberto Firmino. Salah fed the ball into Firmino, with the Brazilian returning the pass via a cute backheel. Salah raced into the box, picked up the return ball and delivered an ice-cool finish.