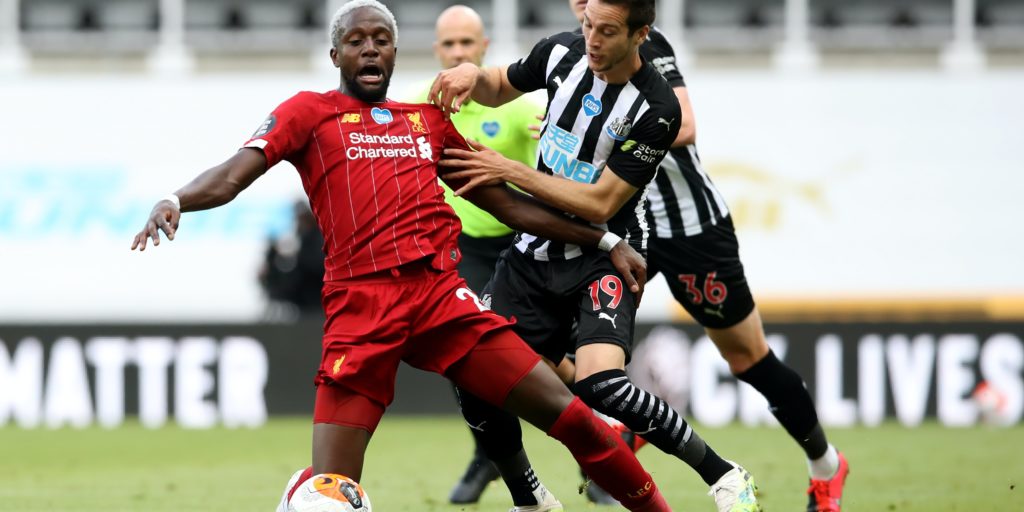 The Reds trailed at St James’ Park before fighting back to win 3-1 with Origi scoring their second.

Divock Origi headed off for his summer holiday ready to allow the memories of a “beautiful” Premier League season to sink in.

Origi scored for the first time since the derby victory over Everton in December to help end a glorious campaign with a 3-1 win at Newcastle which left the Reds with a club record 99 points to go with a first title in 30 years.

Origi told the club’s official website: “It’s beautiful. I think it’s something that, with time, we will be able to enjoy more and more.

“It has been a very special season and things like this are so big that it needs time to digest. We celebrated it well. Now, I think we can go on vacation with a perfect feeling.”

Jurgen Klopp’s men had to come from behind on Tyneside to ensure they went their separate ways with smiles on their faces after suffering a rare early setback.

There were only 24 seconds on the clock when Dwight Gayle stabbed the ball past keeper Alisson Becker after being played in by Jonjo Shelvey’s quickly-taken free-kick, and they had to wait until seven minutes before the break for Virgil Van Dijk to erase the deficit.

However, Origi’s second-half piledriver and a cultured finish from Sadio Mane, who, along with Mohamed Salah and Roberto Firmino, had been introduced as a 64th-minute substitute, completed the job.

Origi, who scored the winner in the corresponding fixture last season, said: “The start wasn’t perfect but after that we made sure that the mentality was right, that we played our game and we said, ‘patience’ – just keep moving the ball, keep looking for the spaces.

“We played against a good team defensively with a lot of courage and who also came with a big heart.

“But eventually we just worked hard and managed to score those three goals.”

For Magpies head coach Steve Bruce, the final whistle brought to an end a first season in charge of his home-town club, one which started with disquiet over his appointment and ended with no resolution to a takeover saga which has been in the Premier League’s hands for almost four months.

Asked about his 12 months at the helm, Bruce said: “I’ve been determined to do one thing, to come and enjoy it.

“It would have been far easier for me to say, ‘Oh no, I don’t fancy that because that’s too difficult a job, I might get a bit of stick there’.

“That didn’t come into the equation. The equation was, I’m a Newcastle lad through and through and I want the club to do well. That’s been the same since I was a kid, I always looked for Newcastle’s result, so to be the manager of it, it’s been a pleasure so far.

“Let’s see where it takes us over the summer.”