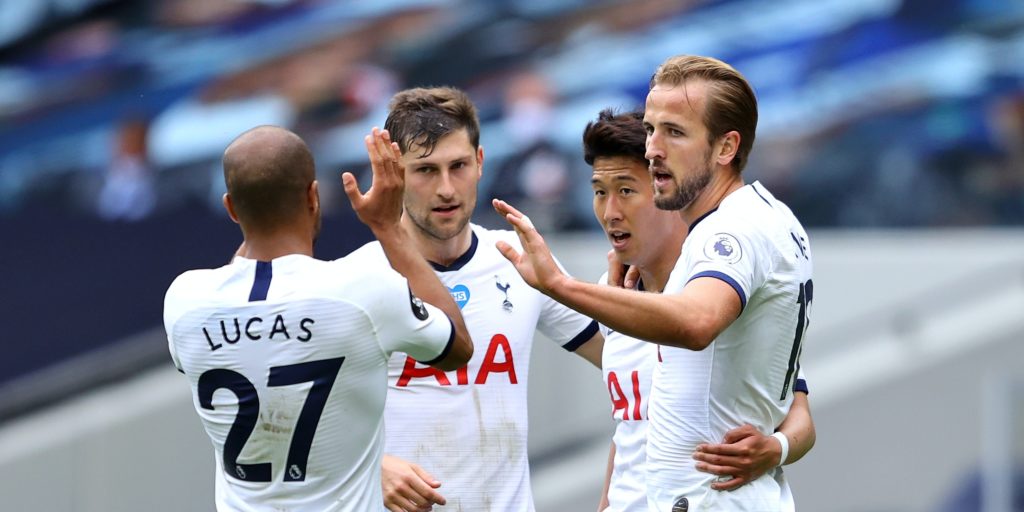 Spurs are looking to end their trophy drought.

Spurs booked their place in the Europa League after a final-day 1-1 draw at Crystal Palace, ending what was a tumultuous season at the club, which saw Mauricio Pochettino replaced by Jose Mourinho.

They needed a six-game unbeaten run to get into the Premier League’s top six as things began to click under Mourinho and Moura wants to take that form into next season.

“It’s a target to get back in the Champions League but the main target is to win a trophy,” he said. “We really deserve it, so do the club and the fans.

“We have a very good squad and the structure that we need [to win silverware]. So we need to target this – to win a trophy and then of course get back to the Champions League.”

One viable opportunity to end their trophy drought is the Europa League – a competition Mourinho has won twice and wants to win a third time.

Moura is on board with that ambition in a tournament that could start in little over six weeks.

“Of course, it must be a big target for us. It’s a very beautiful competition and I’m sure we’re capable of winning it,” he said.

“But now it’s time to rest, to enjoy our holidays. We’ve worked for 12 months, it’s been very tough and we need to rest, enjoy our time off and come back stronger.

“But I really think we can win the Europa League, we’ll do our best to do it.”

While Spurs ended the season on a high, it was the opposite for Palace who won one game following the restart and lost seven on the bounce.

The draw on the final day did at least end that slump as they finished 14th, with Jeffrey Schlupp, who scored the equaliser following Harry Kane’s early goal, insisting it was a good season overall.

“We’ve been safe quite early on,” he said. “Since the restart, results haven’t been what we wanted but we wanted to finish off the season well and I think we’ve done that.

“We’ve had some key injuries. All in all, it has been a good season for us; we wanted to maybe challenge for something a bit higher in the league but it didn’t happen.

“We had some disappointing results but it was important for us to finish well and hopefully we can take that into the next season.

“We deserve a good break first and foremost and then we get straight back into it with a shorter pre-season than normal and pick-up where we left-off after.”