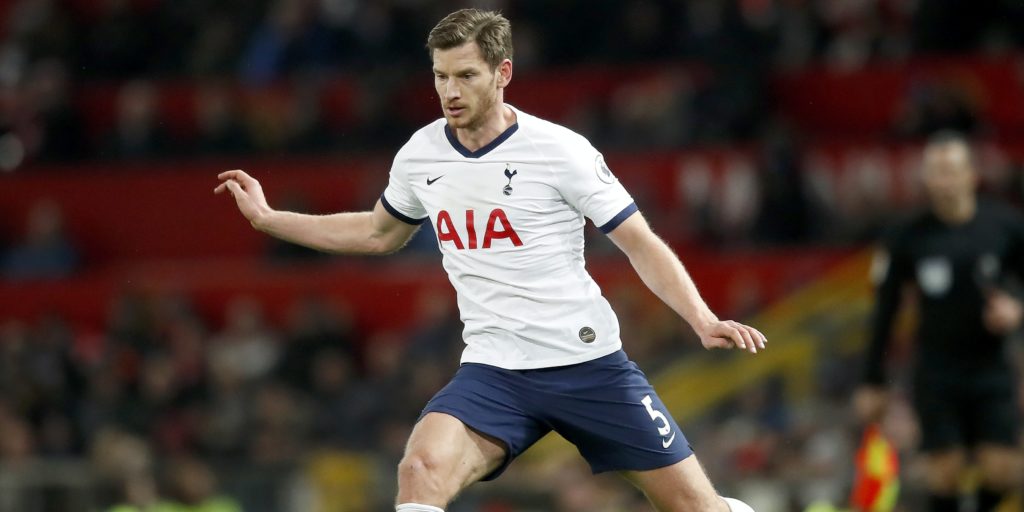 Jose Mourinho has opened the door for Jan Vertonghen to return to Spurs one day.

Tottenham have started to plan for the future with long-serving centre-back Jan Vertonghen departing while young defender Japhet Tanganga has penned a new deal to keep him at the club until 2025.

Belgium international Vertonghen, whose contract was extended in June until the end of the current season, has not been offered a new long-term deal and will now leave Spurs where he made over 300 appearances.

The 33-year-old tweeted: “So my time at the club comes to an end. A sad day for many reasons.

“I will miss the friends I’ve made here, the staff that make the club run, playing at the amazing new stadium & of course you fans.

“Thank you for all the support over the years. You’ve been amazing. We had many unbelievable memories but for now, it’s goodbye.”

Goalkeeper Michel Vorm is also leaving the club after his one-year deal expired, but 21-year-old Tanganga will not be going anywhere.

The Spurs academy graduate enjoyed a breakthrough campaign last season and went on to make 11 appearances in total for Jose Mourinho’s side.

He made his Premier League debut in a 2-1 defeat at home to Liverpool in January and was a regular before a back injury prevented him from playing for Spurs since football resumed.

It was Tanganga’s emergence which saw Vertonghen’s playing time reduced, with the Londoner able to play across the back four and used at left-back by Mourinho.

Vertonghen made his last appearance for Tottenham as a late substitute in the 3-1 win at Newcastle while his winning goal at Molineux in November went on to be decisive in the battle for a Europa League spot with Spurs finishing above Wolves on goal difference.

Mourinho told Spurs TV: “Playing, not playing, being on the bench, being in the starting line up, he was the same Jan with the same behaviour and same professionalism and respect.

“As you can imagine I coached so many top players and professionals and I can promise you he is in the top of my list in relation to the professional he is.

“Of course I wish him the best and I would love him to be back at the club one day, if that is his wish and desire, but I think he has years of football as a player.

“If after that he wants to go in another direction as a football coach or other jobs, I think he is one of the guys who leaves a mark on the club and on myself for sure.”

Vice-captain Harry Kane said on Instagram: “Wish nothing but the best for @jvertonghen and @mvorm with whatever is next for them. Been a pleasure sharing a dressing room and playing with them both.”

“We shared countless moments that I’ll never forget. Wishing you all the best for your next steps. Keep in touch.”

Vertonghen, who had been keen to stay at Spurs, has previously spoken about the desire to move to a new country and play in the Champions League, with Spain and Italy possible destinations.