Home On This Day On this day: Record-breaking Chelsea down United

On this day: Record-breaking Chelsea down United 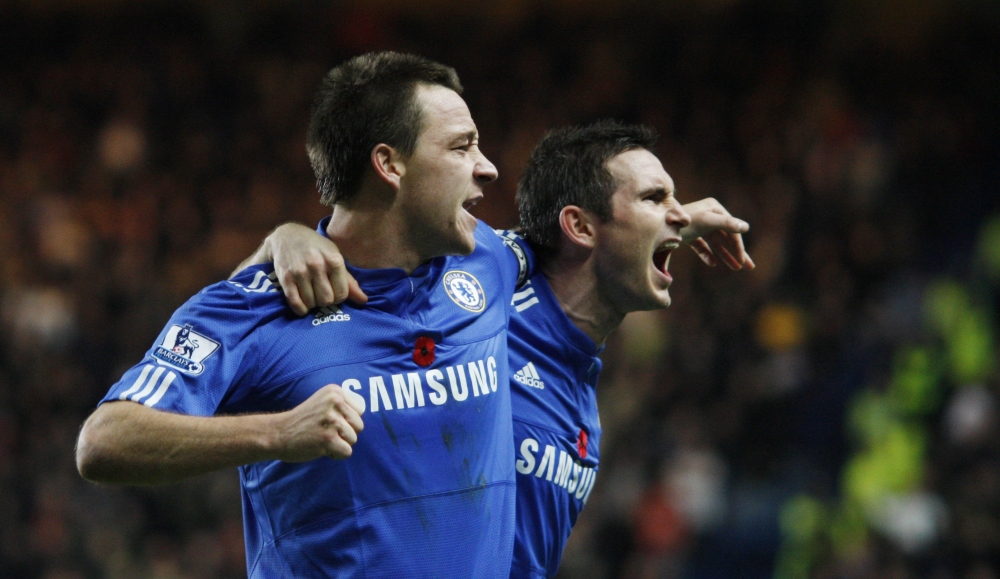 The Chelsea side of the 2009-10 season were one of the most dominant forces in Premier League history but they had to work hard to get the better of Man Utd.

The Red Devils went into the campaign as the reigning champions and were seeking an unprecedented fourth title in the Premier League era.

They went to Stamford Bridge two points behind early pace-setters Chelsea but were forced to field a weakened side with Dimitar Berbatov, Rio Ferdinand and Nemanja Vidic amongst those missing.

The Blues, under the guidance of Carlo Ancelotti, led the standings heading into the encounter at Stamford Bridge, a remarkable record at home keeping them ahead of the chasing pack.

The west London outfit were made to work hard by Sir Alex Ferguson’s side but eventually got the breakthrough 14 minutes from full-time, skipper John Terry diverting now manager Frank Lampard’s free-kick into the bottom corner to secure a vital 1-0 win.

It was a measure of revenge for Terry to score the winner having missed the vital spotkick in the Champions League final between the two sides the year before, earning him his own mocking chant from the United fan-base.

Wayne Rooney wasted the visitors’ two best opportunities in a tight game as a remarkable effort from Chelsea’s defence shut down United.

The win protected Chelsea’s excellent defensive record as they kept a fifth successive home clean sheet to jump out to an early five-point lead.

Having had to rely on their defensive solidarity during the Jose Mourinho years, his successor Ancelotti brought a more attacking approach to the post and was greatly rewarded.

A 1-0 win was, therefore, a rarity for the capital club, triumphing by that margin on just two occasions during their march towards top-flight glory.

The win over United was to prove vital as well with the Red Devils coming on strong during the second half of the campaign and taking the title fight until the final day.

An 8-0 win over Wigan Athletic in their last match secured Chelsea the title by a single point en route to completing the double as they also triumphed in the FA Cup.