On This Day: Shearer stars in Rovers rout 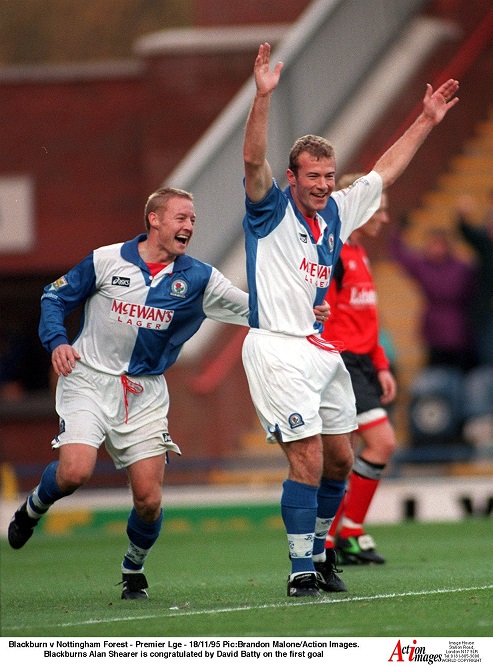 Forest made the trip to Lancashire on Saturday, November 18, looking to extend their 25-game unbeaten run in the Premier League, with that impressive run of form stretching from the end of the 1994/95 season and the first couple months of the 1995/96 campaign.

However, the Reds, led out by Stuart ‘Psycho’ Pearce, ended up on the receiving end of a 7-0 thumping and that defeat was the beginning of a six-match winless run for the two-time European Cup winners.

Former England international Shearer, who scored 30 goals from 63 caps for his country, was the star of the show for Blackburn in what turned out to be his final campaign for the 1994/95 Premier League champions.

The Gosforth-born star left with the match ball after recording his sixth PL hat-trick and he would go on to make a joint-high 11 league hat-tricks during his career, the last of those coming in the 8-0 win for Newcastle United against Sheffield Wednesday in September 1999.

Lars Bohinen ended up with a brace while Graeme Le Saux and Mike Newell both grabbed a goal each in the convincing victory, which is the joint third-highest winning margin in Premier League history.

Blackburn would finish that campaign seventh in the standings, two points off the UEFA Cup places, while Forest ended two places and three points worse off than Rovers.

As for Shearer, he would go on to leave the club in the summer of ’96, joining boyhood club Newcastle for a then-world record transfer fee of £15million, although he would ultimately fail to add any more trophies to his cabinet.

However, the 49-year-old would finish his career with 260 Premier League goals, leaving him as the all-time PL record goal scorer, while he is the Magpies’ leading scorer with 206 strikes from 404 appearances.

Shearer would eventually hang up his boots in 2006, fittingly scoring his final goal in a 4-1 thumping of rivals Sunderland at the Stadium of Light.