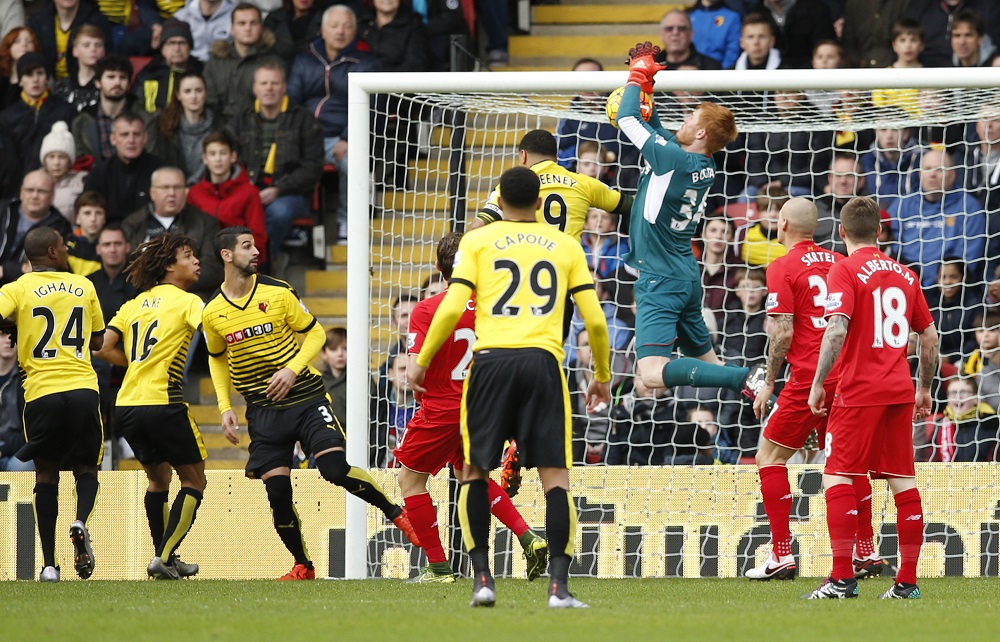 Liverpool are flying high with Jurgen Klopp at the wheel right now but it was far from a smooth start to life on Merseyside for the German.

Klopp was handed the reins at Anfield in October 2015 following the sacking of Brendan Rodgers and inherited an underperforming squad bogged down in mid-table in the Premier League.

The 52-year-old arrived with a big reputation for turning around the fortunes of ailing clubs, having guided Borussia Dortmund to two Bundesliga titles in seven years and, while’s he accomplished his mission at Liverpool, it was a rocky start.

The Reds had won six of their first 14 matches in all competitions with Klopp in charge ahead of the trip to Watford just before Christmas and slipped to their heaviest defeat of the German’s brief tenure at Vicarage Road.

Klopp was forced to hand Hungarian goalkeeper Adam Bogdan his Premier League debut for the clash with the Hornets, who had won their three previous league matches coming into the clash.

Bogdan couldn’t have made a worse possible start to his Premier League career when dropping the ball from a corner, with Nathan Ake reacting quickest to force the ball into the back of the net after three minutes.

Both Bogdan and Klopp claimed the Reds keeper had hold of the ball and that Ake had kicked it out of his hands, but the dye had been cast for a bad afternoon for the visitors.

Watford made it 2-0 within 15 minutes, Martin Skrtel being outmuscled by the in-form Odion Ighalo, who was able to fire home from a tight angle to net for the fourth match in succession.

The Hornets had only been promoted to the Premier League the season before but it was they who looked like the seasoned top-flight side as they held their opponents at bay before killing the match off in the second half.

Ighalo was given too much time and space in the box to head home his second and Watford’s third five minutes from full-time.

The Nigerian’s second capped a day to forget, with Klopp bemoaning his players’ inability to respond to the mistakes they made en route to a 3-0 loss.

The win propelled Watford four points clear of Liverpool in the standings, with the Reds languishing in ninth.

They wouldn’t improve on their league position much before the end of the season as they came home eighth, with a run to the Europa League final, where they lost to Sevilla, the highlight of the season.

Given where they were and what they have accomplished since really highlights just how well Klopp and the club have performed to make the Liverpool the number one side in England and Europe once more.