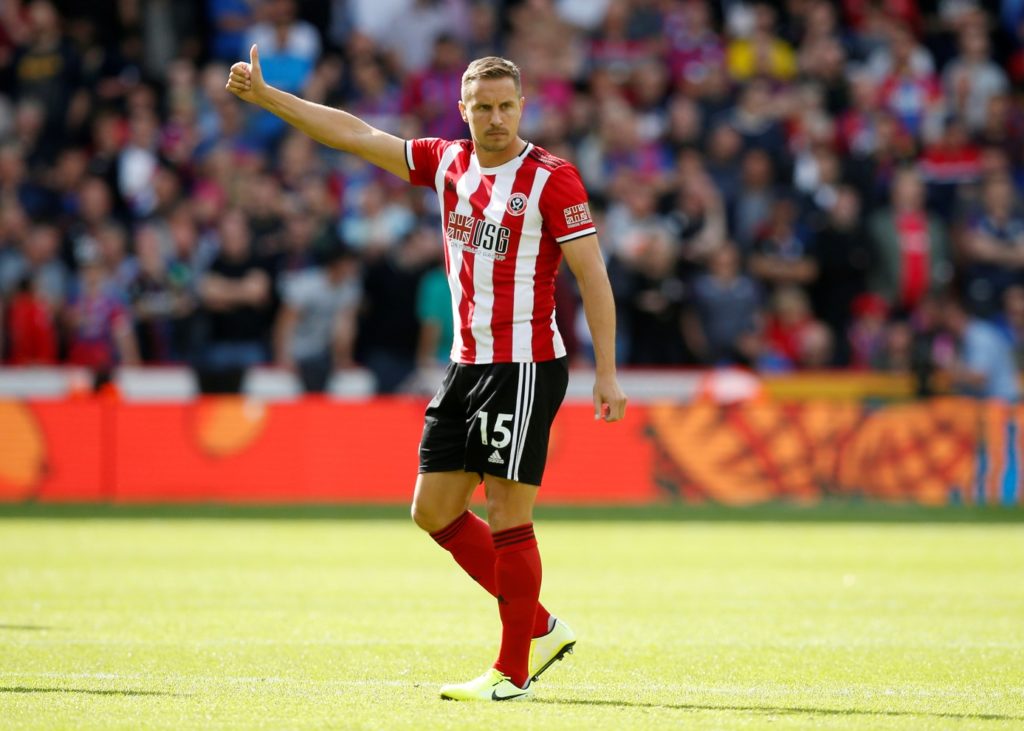 On this day back in 2006, Phil Jagielka was the hero for Sheffield United as they won 1-0 at home to Arsenal.

Future England regular Jagielka was known for his defensive exploits but the headline from this game was his replacement of Paddy Kenny in goal.

Never one to do things by the book, Neil Warnock often chose not to select a substitute goalkeeper and it almost caused him significant issues here.

Warnock saw having a goalkeeper on the bench as a waste of an option, but Kenny could not continue after clearing a goal kick up field, and after a period of treatment limped off after 61 minutes with a thigh injury.

In stepped Jagielka and not for the first time. Back in December 2004, the then 22-year-old was forced to take the gloves after Kenny and Millwall’s Kevin Muscat were both dismissed for a half-time altercation in the tunnel at the Den.

‘Jags’ only conceded once during the second 45 as Andy Liddell and Derek Geary netted for a 2-1 victory in Bermondsey.

Fast forward two years and he was back between the sticks just after the hour mark.

By this time the Blades were leading 1-0 after Christian Nade had opened the scoring, Kolo Toure gambling on a ball towards the Frenchman who cleverly dummied before sidefooting past the onrushing Jens Lehmann.

With the Gunners on top, Nade’s strike brought Bramall Lane to life and he looked set to be the unlikely hero before Jagielka’s star turn.

Arsenal were expected to pepper the United goal but it took them 20 minutes or so to test the new man, who responded in style, leaping high to tip over a close-range effort from Robin van Persie.

Arsene Wenger’s men struggled to regularly test him after that and thanks to a tremendous defensive effort the home side saw out 1-0 win.

The result lifted them to 15th in the table and Warnock described it as his “proudest moment” in charge of the club.

However, the South Yorkshire outfit would go on to suffer relegation in the 2006-07 season, losing to Wigan on the final day and then failing with their final appeal against West Ham’s breaching of the transfer rules.

Arsenal, in contrast, would finish fourth in the table, eight points clear of fifth-place Tottenham, much to the delight of their fans.

Such a situation would be a dream scenario for the Gunners’ support given their current predicament and their repeat 1-0 defeat at Bramall Lane in October is the type of frustration that has plagued the club in recent seasons.

For United, they are going well again and currently sit eighth in the top flight.

While he may not be a regular after rejoining in the summer, starting just once in the Premier League this season, Jagielka’s performance on December 30, 2006, means he will forever be a cult hero to the red side of the Steel City.