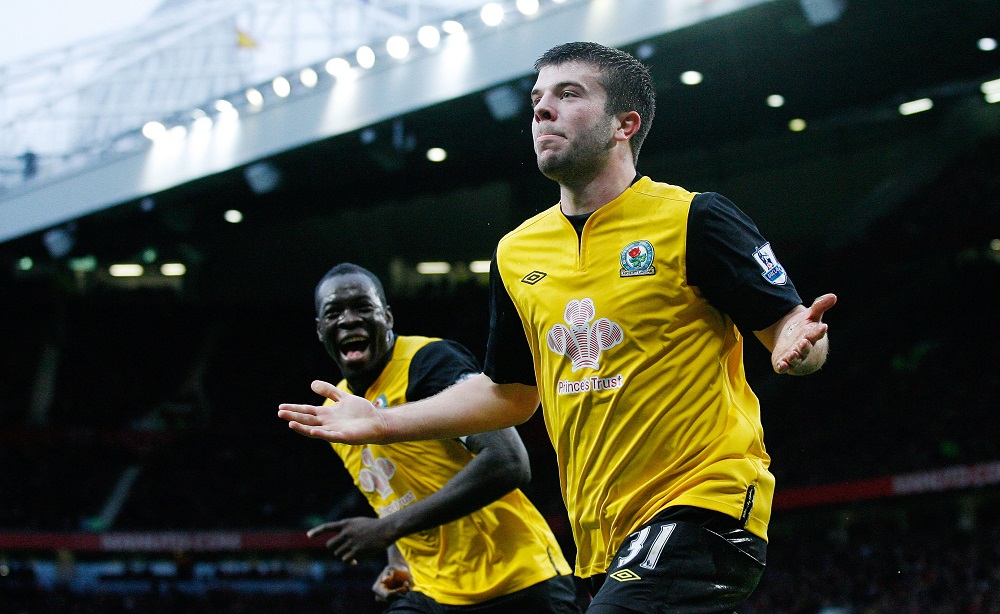 Blackburn hadn't read the script On This Day in 2011 as the Premier League's bottom club spoiled Sir Alex Ferguson's 70th birthday by winning at Old Trafford.

The Scottish tactician was all smiles ahead of kick-off as he took his seat in the dugout following a rendition of ‘Happy Birthday’ from a choir on the Theatre of Dreams pitch.

Ferguson must have been feeling confident about enjoying the perfect birthday present of three Premier League points with some bookmakers pricing Blackburn as big as 28-1 heading into the clash.

Rovers fans had been calling for manager Steve Kean to get the sack before kick-off after slipping to the foot of the table following a run of two wins from their first 18 matches. While the win over United would be a false dawn, it at least gave Kean a bit of respite.

Having lost 7-1 on their last visit to Old Trafford, a win for Blackburn certainly looked unlikely on paper, particularly given United could have ended 2011 top of the table with a win.

As we all know though, football isn’t played on paper, and the year ended with arguably the biggest upset of the season as Rovers ran out 3-2 winners.

Yakubu was on target twice at Old Trafford as @Rovers came away with all 3 points #OnThisDay in 2011 pic.twitter.com/IokucO3S9e

Rovers made the perfect start when Yakubu gave them the lead from the penalty spot after 16 minutes, Dimitar Berbatov having given away the spot kick for pulling down Chris Samba inside the box.

With United struggling to get going, the Nigerian helped himself to a second goal six minutes after half-time, bustling his way into the box before shooting low past a youthful David de Gea.

With a stony-faced Fergie looking on, Berbatov halved the deficit with a close range header. The Bulgarian put away a second to level up the match as the Red Devils threatened to turn the game on its head.

However, Blackburn dug in and with 10 minutes to go, Grant Hanley notched the winner, beating De Gea to the ball with his head from a corner initially before forcing it over the line.

The result moved Blackburn to within three points of safety but they couldn’t build on the memorable win, losing to Stoke City in their next match. Rovers’ 11-year stint in the Premier League would end in 2012, Kean failing to save the Ewood Park outfit, and the win at Old Trafford was the only highlight of an otherwise forgettable season.

As for United, not only did the defeat ruin Ferguson’s birthday but it would also prove extremely costly in the grand scheme of the title race. Manchester City clinched the title on goal difference that season via a final day success that still gives United fans nightmares.

What could have been, if not for the party poopers of Blackburn?