On This Day: Reds too tough for Toffees 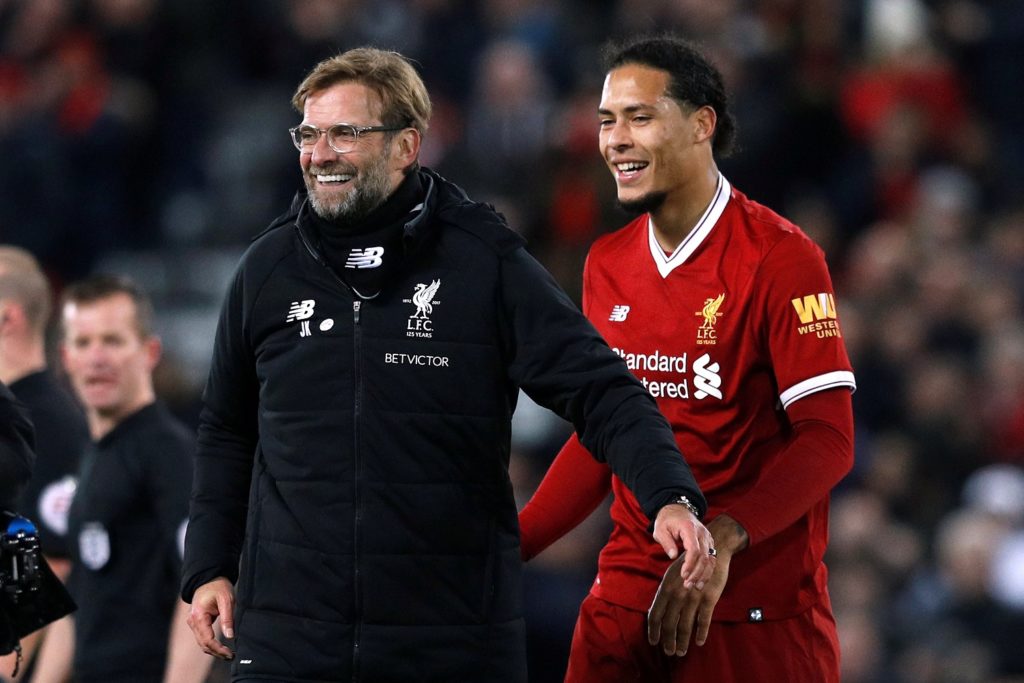 On this day in 2018, Virgil van Dijk scored the winner on his Liverpool debut as they edged past Everton 2-1 at Anfield in the FA Cup.

Van Dijk had recently joined the Reds in a £75m deal from Southampton and made an immediate impression on his new club’s fans by nodding home Alex Oxlade-Chamberlain’s corner with six minutes to go.

The matched marked the 24th occasion the pair had met in the cup and, as has often been the case, it was the red half of the city that was celebrating once the final whistle had blown.

A frantic first half was interrupted by just one goal and it was ‘Mr Reliable’ James Milner who netted, firing in from the penalty spot after Mason Holgate, perhaps harshly, was adjudged to have fouled Adam Lallana.

Earlier Milner had volleyed wide from Joe Gomez’s cross, while there was a flashpoint when Holgate needlessly pushed Roberto Firmino into the crowd as they were both chasing the ball for a throw-in.

The Brazilian reacted furiously, insulting the defender in Portuguese. Holgate thought he had uttered a racial slur and a melee ensued, with an FA investigation later finding Firmino innocent.

The second half continued at the same frenetic pace, Gomez missing a headed chance, while Jordan Pickford also made some smart saves.

Liverpool’s inability to take their chances eventually told when Yannick Bolasie picked up a loose ball on the edge of his area before picking out substitute Ademola Lookman, who found, to everyone’s surprise, a charging Phil Jagielka. The Toffees skipper laid the ball back for Gylfi Sigurdsson to curl home past Loris Karius.

That goal gave the pair 23 minutes to find a winner and inevitably it was the man-of-the-moment Van Dijk who came up with the goods, rising highest to nod into the goal with Pickford clutching for air behind him.

The saga surrounding the 28-year-old’s move from Southampton to Anfield had rolled on but he finally got his wish. What’s more, he rose to the occasion, producing a gargantuan showing crowned by a goal in front of the Kop.

Van Dijk has since gone on to become a crucial member of the team that has reached successive Champions League finals, losing to Real Madrid in 2018 before lifting the trophy by beating Tottenham last June.

The Premier League is the priority this season, with Jurgen Klopp’s men 13 points clear at the top of the table with a game in hand.

Liverpool embark on their quest for a first FA Cup crown since 2006 on Sunday and ,of course, it is Everton who make the trip to Anfield.

The Reds won 4-2 when the duo met last month but there is a new man in the dugout for their neighbours and Carlo Ancelotti knows what he is doing.

Ancelotti’s Napoli side lost only one of their four meetings with Klopp’s men over the last two seasons in the Champions League.

The Italian is likely to use his tried-and-tested approach of counter-attacking play to negate the Reds as Everton aim for a first Anfield win since 1999. With the atmosphere again likely to be red hot, another Van Dijk strike might be what’s needed to separate the sides.