Home On This Day On this day: Puel punished at Rodney Park

On this day: Puel punished at Rodney Park 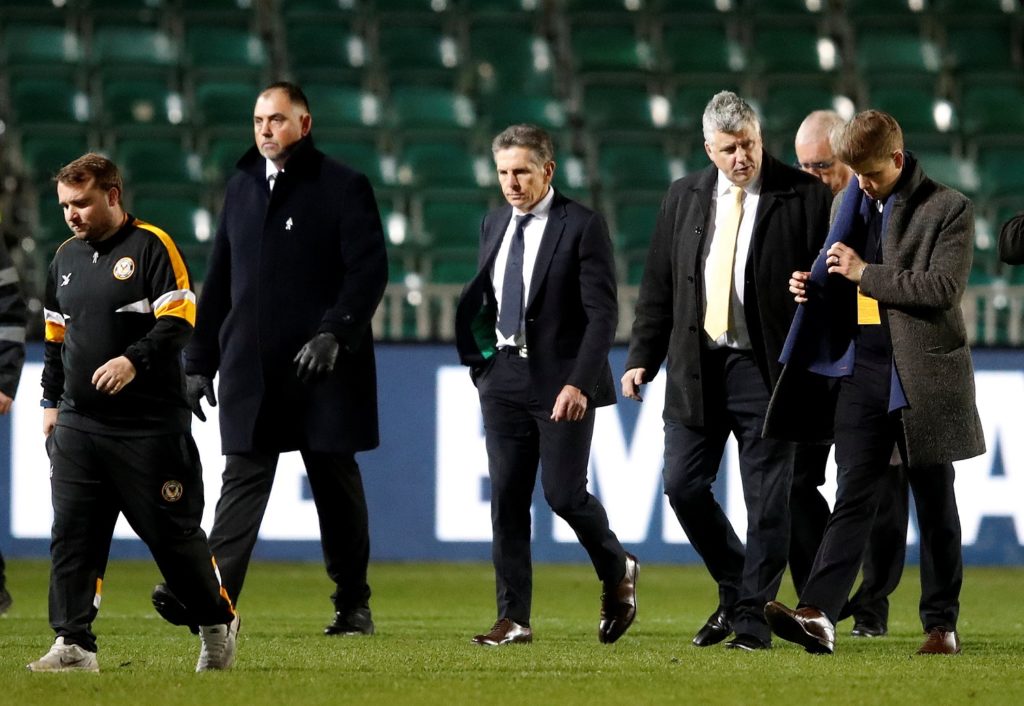 On this day in 2019, it was arguably the beginning of the end for Claude Puel at Leicester as his side lost at League Two Newport in the FA Cup.

Puel had been on a collision course with the fans for some time due to his negative tactics. The media was also more than happy to build on the perception of him being dour, which by the end was being perpetually reinforced.

However, he did not do his hopes of staying at the King Power Stadium any good with his selection in the cup competitions. Rewind to December 2018 when the Frenchman gambled with a string of changes in the quarter-finals against an under-strength Manchester City side, only to lose 3-1 on penalties.

That competition and that game looked like the chance for the Foxes to lay down a marker but things got a whole lot worse on January 6, 2019.

A trip to the banks of the River Usk to face Newport in the FA Cup hinted at a banana skin but, realistically, should not have proved so.

Puel’s selection, though, raised eyebrows with Kasper Schmeichel, Harry Maguire and Jamie Vardy not involved in the matchday 18.

Leicester pushed for an equaliser but their efforts at goal were mixed to say the least. Marc Albrighton hit the bar with a curling effort from wide before finally Rachid Ghezzal levelled on 82 minutes.

After substitute James Maddison had seen his shot saved by Joe Day, the ball was cleared to the edge of the box where Ghezzal smashed in, despite the best efforts of the goalkeeper.

There was more drama to come when Albrighton handled Vashon Neufville’s cross from the left. Chris Kavanagh pointed to the spot and Paddy Amond made no mistake as he sent Danny Ward the wrong way.

That gave Leicester five minutes to save themselves but they failed to make a breakthrough and the Exiles were into the fourth round for the first time in 40 years.

All fingers pointed at Puel. With a talented squad, a cup run should have been the target but in both competitions, the 58-year-old had been punished for rotating heavily, the latter in particular ending in embarrassing circumstances.

That result sparked a run of six league games without a win for Leicester and he was shown the door, opening it for what could prove to be a golden era for the club under Brendan Rodgers.

You could try to compare the team then to what they are now but it would not last long. The current side are exciting, exuberant and enthusiastic. Certainly not adjectives you could apply to the latter days of the Puel reign.

While he quickly got back into the game in his homeland with Saint-Etienne, any talk of him returning to England is likely to be shot down quickly.

Although at both Leicester and Southampton Puel showed potential, it will be results like this that overshadow his legacy on this side of La Manche.