On This Day: Derby stun United in semi 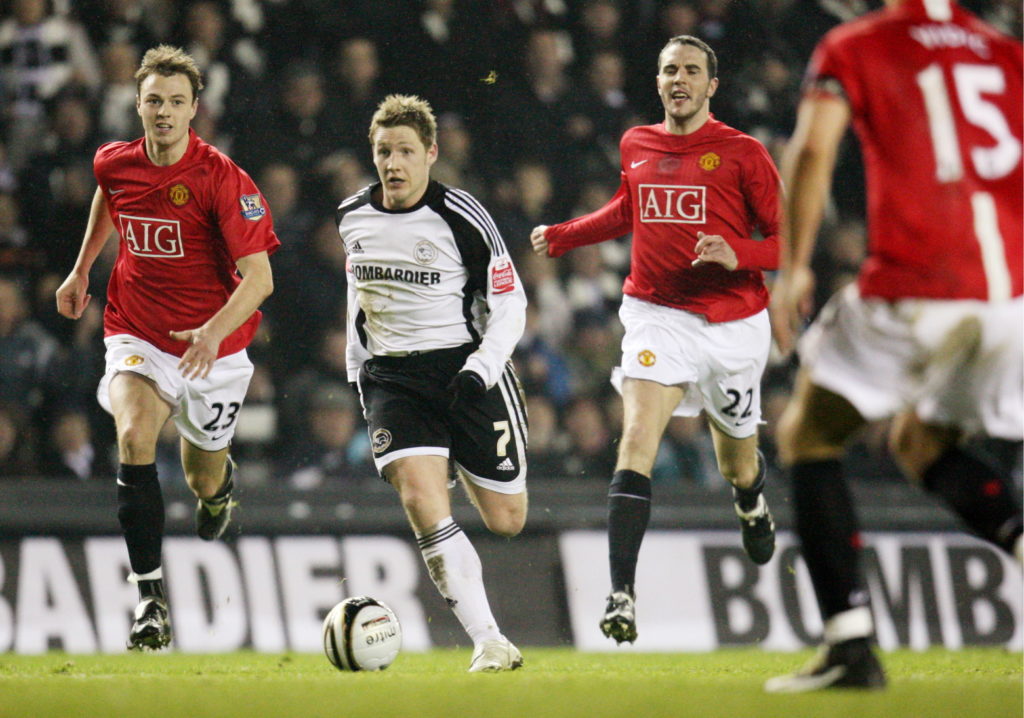 Derby secured a narrow 1-0 first-leg win over Manchester United in the League Cup semi-final on a memorable evening at Pride Park back on January 7 2009.

It’s 11 years ago to the day that the Rams produced a fine display to pick up what they hoped would be a crucial first-leg advantage with Kris Commons’ first-half goal the difference between the two sides.

Before the tie, United were the big favourites to come out on top and even though they made amends in the return game at Old Trafford – winning the second leg 4-2 to progress to the final 4-3 on aggregate – this night was all about the Rams.

Before kick-off, the home fans gave a rousing reception to recently-appointed boss Nigel Clough, who was set to follow in his legendary late father Brian’s footsteps by taking charge of Derby. Clough Jnr, who succeeded caretaker manager Chris Hutchings in the role, left the matchday duties to academy boss David Lowe, who was able to deliver a special result in his one and only game in the dugout.

A sold-out Pride Park welcomed the recently-crowned world champions, who were also Premier League and European champions at the time, but United were disappointing on the night as a side which included Nemanja Vidic, Paul Scholes and Carlos Tevez, while Cristiano Ronaldo and Wayne Rooney came on as subs, were deservedly beaten.

Mile Sterjovski and Andy Todd had gone close before Commons made it 1-0 on the half-hour mark with a rasping drive from distance that flew past the helpless Tomasz Kuszczak.

The Red Devils had not got going in the first half and their expected improvement after the break was slow to materialise as Derby held firm. Sir Alex Ferguson did bring on Rooney – who is now at Derby as a player-coach – and Ronaldo for the final half-hour and the latter went close twice to finding an equaliser.

Derby could have added to their lead late on but Rob Hulse blazed an effort over and they were made to pay for that miss as they were beaten 4-2 in the second leg. In a quirky coincidence that year, the two sides also met again at Pride Park just over a month later when United were comfortable 4-1 winners in the FA Cup fifth round.

Ferguson’s side went on to face Tottenham in the Carling Cup final, which they won on penalties after a goalless Wembley affair, and they also defended their Premier League title that season, while Derby would end the campaign 18th in the Championship under Clough, 20 points adrift of the play-off places.