On This Day – Villa humbled by Bantams 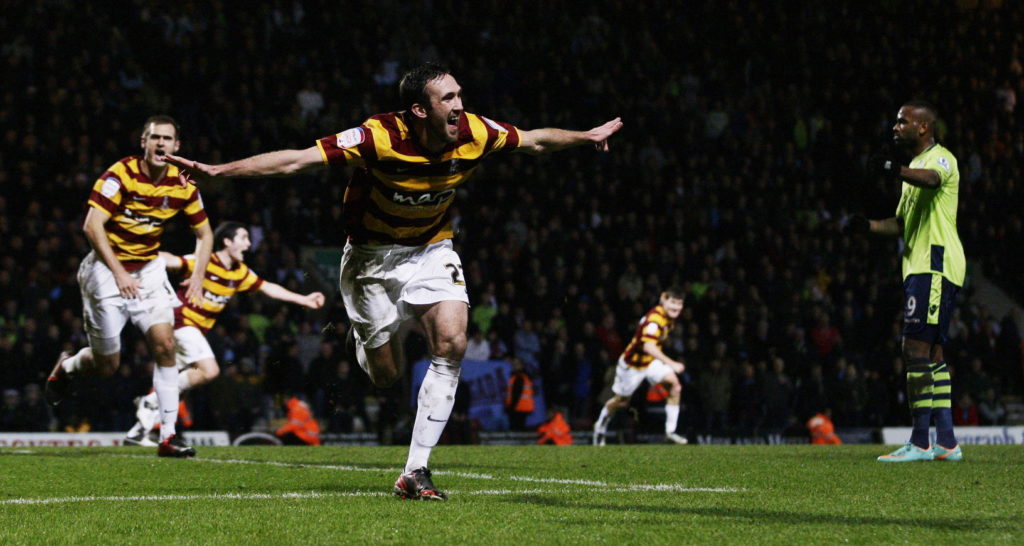 Bradford City took a huge step on their way to Wembley on this day in 2013 when they beat Aston Villa in the League Cup semi-final.

The Bantams claimed a shock 3-1 first-leg win in their Valley Parade showdown against Premier League Villa seven years ago as Phil Parkinson’s then League Two side out-fought their more illustrious opposition, who fielded a side containing Christian Benteke, Ciaran Clark, Fabian Delph and Gabby Agbonlahor.

It was a cup run to remember for Bradford that year, who had saw off Notts County, Burton, Watford, Wigan and then top-flight giants Arsenal before being drawn against Paul Lambert’s side in the last four.

And it was a fully deserved first-leg victory in front of their noisy home fans as goals from Nahki Wells, Rory McArdle and Carl McHugh did the damage.

Wells put them in front after just 19 minutes when he pounced on a loose ball to fire home from the edge of the six-yard box before Charles N’Zogbia, Benteke and Barry Bannan all went close to finding an equaliser.

The Midlanders wasted a great chance after the break when substitute Darren Bent somehow headed over from close range and they were soon made to pay and found themselves 2-0 down when McArdle glanced in at the near post at the other end.

Jim Hanson nearly made it three but his diving header bounced off the top of the bar before the visitors got themselves back into the tie when Andy Weimann prodded home.

However, City’s two-goal advantage was restored when McHugh powerfully headed in Gary Jones’ corner two minutes from time and the Bantams fans were able to celebrate a fine win, knowing they had given themselves a great chance of making it to Wembley.

The pre-match talk before the second leg was all about how Villa could turn the tie around and, even though they did secure a 2-1 win at home courtesy of another late Weimann goal, Bradford again matched and at times bettered the Premier League side over the 90 minutes to seal their place in the final.

The Wembley occasion was to end in disappointment, though, as Parkinson’s men were well beaten by Swansea City 5-0, while Villa ended their top-flight campaign in 15th, five points clear of the relegation places.